Once again, the rich get richer. Our latest example is newly-released Jets running back Le’Veon Bell signing a one-year deal with the Kansas City Chiefs. It’s hard to find teams in the NFL that don’t need more talent, but Bell managed to do it. Good grief. If they weren’t already, this football team is about to be unstoppable.

Le’Veon Bell is signing with the #Chiefs, sources tell me and @JimTrotter_NFL.

(A good reminder to download the @nfl app, and watch @nflnetwork,

It’s possible or even probable that Patrick Mahomes was in Bell’s ear. They began following each other on Twitter just yesterday.

Leveon Bell and Patrick Mahomes just followed each other on Twitter, take that as you may.

Pairing Le’Veon Bell with Clyde Edwards-Helaire in the backfield doesn’t seem fair. Bell serves as another weapon, not only to run the football, but to catch the ball out the backfield. While Pittsburgh slightly upgraded their backfield abilities when they replaced Bell for James Conner, Bell still racked up 85 receptions for almost 700 yards in 2017. Combine that ability with what is likely to be the most talented quarterback ever? Now the rest of the league has a new problem.

We shouldn’t get too far ahead of ourselves, but we can’t help but wonder if this move is the running back edition of Randy Moss to New England. Moss was basically MIA on offense before his 2007 campaign in Foxsborough. He then became Jerry Rice overnight.

Le’Veon Bell is still just 28 years old and likely has plenty left in the tank for Andy Reid and his jigsaw of an offense. Good luck to the rest of the NFL. 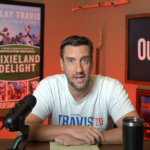 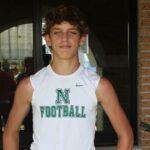