Last month, A&E bowed down to the mob and canceled Live PD. Since A&E’s strategic decision, its ratings have plummeted to embarrassing levels.

Per the Wall Street Journal, from June 11 to July 19, A&E’s average primetime viewership is down an alarming 49%. How could it get worse? Check the key demographics. Advertisers prioritize adults 18-49 and 25-54 — that’s where the money is made. Profitable areas A&E has declined by 55% and 53%, respectively.

Live PD averaged around 1.9 million viewers, which is enormous for a cable program in 2020.

Before the pressure from the woke folks online got to be too much, A&E was up 4% in primetime.

The cancelation is tanking the channel’s entire day. Since the pull, total daily viewership is down 36% year-over-year. Did the key demographics at least hold up this time? Of course not. They are down 42% in 18-49 and 46% in 25-54. 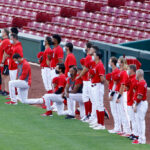 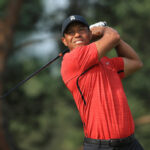