A packed out arena welcomed Arkansas and Texas A&M on Saturday afternoon, though most were wearing blue or orange. But, this didn’t take away from the wild action we saw on the court, which led to the Aggies defeating the Razorbacks 82-64. It was another statement game for the Aggies, with them surely punching their ticket to the NCAA Tournament.

Since arriving in Tampa, the Aggies have been on a warpath, upsetting Auburn on Friday, after beating Florida on Thursday. This team has found so many different ways to beat teams over the last few days, including their performance against the Razorbacks.

Saturday was no different for the team from College Station, who came out aggressively on defense, forcing bad shots by Arkansas, while holding them to 11 percent from three-point range.

The Aggies held JD Notae to just two points, while he picked up three fouls, in the first half. This presented an opportunity for the Buzz Williams-led squad to take a 36-24 lead into halftime. Hassan Diarra led the Aggies with 10 points in the first half.

After the Razorbacks had brought its traveling party to their feet with a quick spurt in the second half, the Aggies answered right back with a 6-0 run, taking a 47-36 lead at the 14:41 mark. Quenton Jackson had 12 points up until the point, giving the Aggies the nice lead, but also becoming that second force that Buzz Williams could rely on. 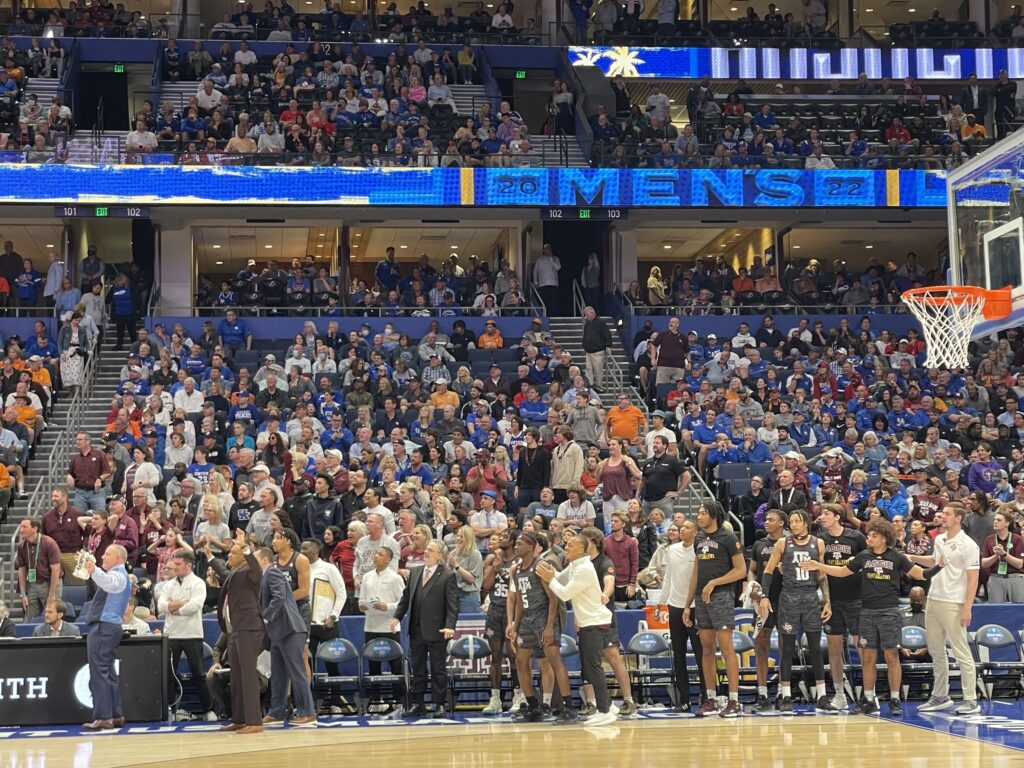 While the Texas A&M pep band were the loudest of the night between both teams fan bases, the subtle jabs at the Arkansas team led to laughs along the media row next to them. The Razorbacks weren’t going away though, with Stanley Umude draining a three-point shot at the 11:57 mark to make it a 47-44 game.

But the Aggies continued to battle through the adversity, continuing to look like a team on a mission. Tyrece Radford had contributed 8 points at the eight minute mark of the second half, keeping the Aggies ahead 60-51.

As Texas A&M AD Ross Bjork once again excitedly sat at the desk, nervously slapping his hands on the table, the Aggies went up 65-52, looking like his team was about to play for an SEC Championship.

This has been such an incredible run for the Aggies that it seems as though it should only end with them raising a trophy at mid-court. The job that Buzz Williams has done with this team and them nailing down an NCAA Tourney bid immediately. 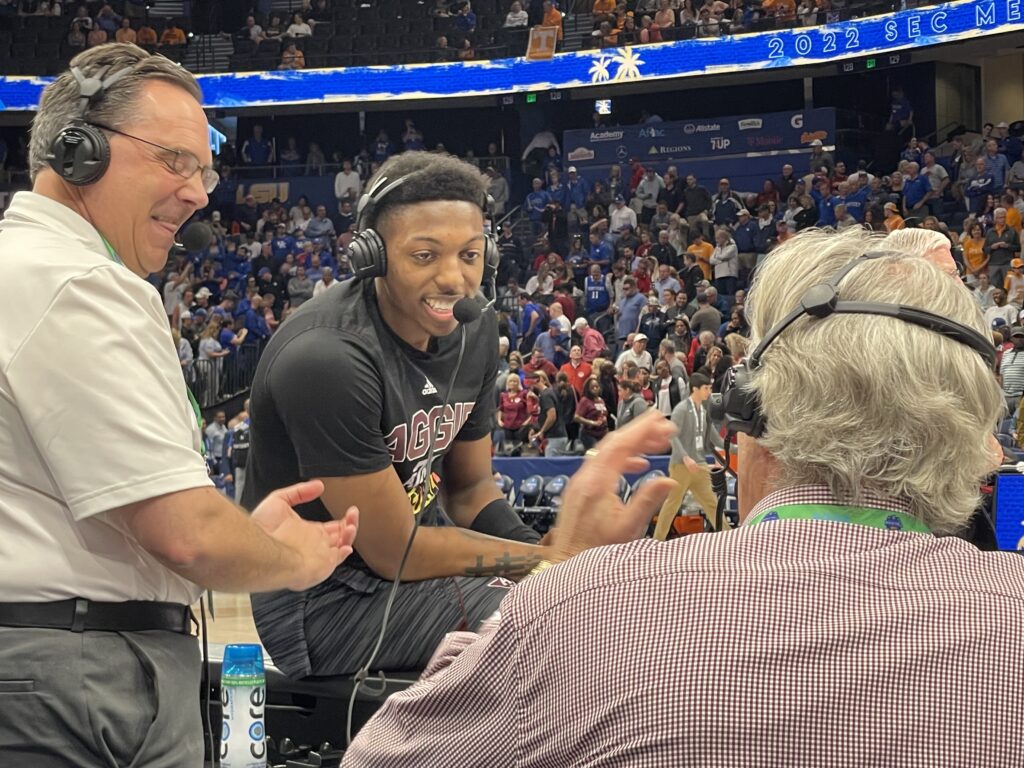 The pure excitement from the Aggies players as they took a 76-59 lead at the 3:46 mark was fantastic to watch. The players were jumping around, throwing fist-bumps and looking like a team that could win it all on Sunday.

It was during this moment that Ross Bjork looked over at me with excitement, knowing he was very close to being able to watch his team in the finals. The look on his face said it all, this was an athletic director who was thrilled and would not contain his joy, and I love it.

The Aggies will now play for an SEC Tournament Championship on Sunday, just like we all predicted. As Ross Bjork walked by me, headed to the Aggies bench, he looked at me with a grin and said, “We’ll Take It.”

No kidding you’ll take it, and they might take the whole darn thing.