The sports world has been shut down over the second half of the last week in the aftermath of protests stemming from a video that surfaced showing a police officer shooting a Black man in Kenosha (WI) as he attempted to get back into his car.

At least that was the first version of the story.

As the rest of the facts come out — like the second video — and now a much more detailed report from the situation, it paints a much different picture from what was the narrative in the immediate aftermath. One that, if players-turned-activists waited to gather the facts, could have changed the course of action.

A full breakdown is available from the New York Post, but the details are as follows:

29-year-old Jacob Blake was legally forbidden from being on the property where he was ultimately shot. The police were called to the scene because he was breaking a restraining order, not because he was innocently breaking up a fight.

Blake was on said restraining order after he was accused in a criminal complaint, that was obtained by The Post, of breaking into the home and sexually assaulting the female resident. It detailed that he used his finger to digitally penetrate her body after which he sniffed it and said, “Smells like you’ve been with other men.”

The police were called to the residence because he was there.

The police responded inside of three minutes after the 911 call came in. Blake was shot 7 times in the back as he attempted to get into his car.

In between the response and the shooting, the police wrestled Blake to the ground in an attempt to subdue him. Which was unsuccessful.

They tasered him. Twice.

He had an officer in a headlock before making his attempt to walk back to this car and leave the scene. It was at that point that the officers resulted to using deadly force.

This is why Jacob Blake had a warrant out for his arrest. https://t.co/PHpOnKJsfl pic.twitter.com/oEstNBU1yD

In the subsequent days LeBron James spoke out, which prompted Jason Whitlock to call James a bigot, the Milwaukee Bucks protested by not playing its playoff game — a move that was immediately followed by the Rockets and Thunder — and it spurred talk of shutting down the entire league playoffs.

WNBA players refused to play, leading to this photo, where players spelled out Jacob Blake’s name on their tshirts. Yes, the same Jacob Blake who was accused of felony sexual assault and so terrified another black woman that she called police 911 to have police come protect her from Blake.

WNBA players refused to play and spelled out Jacob Blake’s name on their tshirts. He’s accused of felony sexual assault against a woman who called 911 to ask police for protection from him. Pure insanity. All pro sports leagues should be ashamed. pic.twitter.com/hol68m2APt

The protest moved into MLB missing games and having hard conversations while also resulting in a list of demands to Wisconsin lawmakers.

Much of the aftermath was rushed into the court of public opinion where a rush to judgement was made.

As the facts continue to change the course of the conversation, it is time to refer to Candace Owens and her notation that we are one of the only countries that will elevate criminals into heroes overnight. 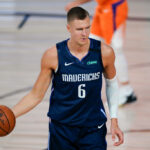 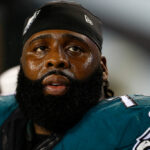