The Los Angeles Lakers and Clippers have voted to sit out the NBA season in the wake of the police shooting of Jacob Blake in Kenosha, Wisconsin, according to Chris Haynes and Shams Charania:

Sources: The Lakers and Clippers have voted to boycott the NBA season. Most other teams voted to continue. LeBron James has exited the meeting.

The Los Angeles Lakers and Los Angeles Clippers have voted to boycott the rest of the playoffs and were the first two teams to exit the meeting, league sources tell Yahoo Sports.

This is an escalation of events that frankly is genuinely surprising to me. LeBron James in particular has a lot of legacy on the line with winning a championship, which the Lakers are squarely in contention for. The Clippers are also in major title contention.

Charania further reports that the rest of the teams in the bubble had voted in favor of playing, but there is uncertainty:

Sources: Miami's Udonis Haslem spoke and essentially told everyone in room that — without Lakers and Clippers, how will season continue?

LeBron James walked out. Rest of Lakers and Clippers exited behind him.

Sources: Every team besides Lakers and Clippers voted to continue playing. LeBron James said in meeting he want owners to be more involved/take action.

Could the rest of the NBA continue without them? Would the Lakers and Clippers defer to the rest of the teams’ votes? Is this a final ultimatum power play to the owners, who are meeting tomorrow morning? These questions may or may not come in a night, so let’s see what happens from here.

UPDATE: Woj says not quite so fast on the end of the season….

The Clippers and Lakers voting on perhaps not continuing with the season was considered more of a polling, than a final vote, sources tell ESPN. The resumption of the playoffs remains still up in the air.

This is a developing story and will be updated if there are new components. 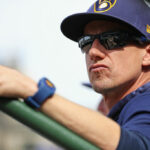 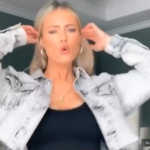