The Big Ten finds itself in numerous legal entanglements related to its decision to postpone the Fall football season. Eight Nebraska football players sued the conference, which compelled the Big Ten to reveal its 11-3 vote of university chancellors and presidents. A judge has given the Big Ten until September 12th to provide more documents in that case. Lee Chatfield, the Speaker of the House in Michigan, wrote a letter to the Big Ten asking it to reconsider their decision. It was co-signed by politicians from Iowa, Minnesota, Pennsylvania, Wisconsin and Ohio. Ohio’s attorney general has said Ohio State could sue the conference.

Now, Nebraska’s attorney general Douglas J. Peterson wrote a very ominous letter to Big Ten commissioner Kevin Warren. Peterson stated that the conference does not appear to have the proper registration to operate as a non-profit in Nebraska, asked the Big Ten to either prove that it is registered or explain why it is not, and requested documents of the bylaws and for evidence that the bylaws were followed in postponing the season. The letter also asks for documentation of all of the medical information that the Big Ten relied upon in making its decision. The attorney general says that the Big Ten must provide this information no later than September 21st.

Here is the full letter: 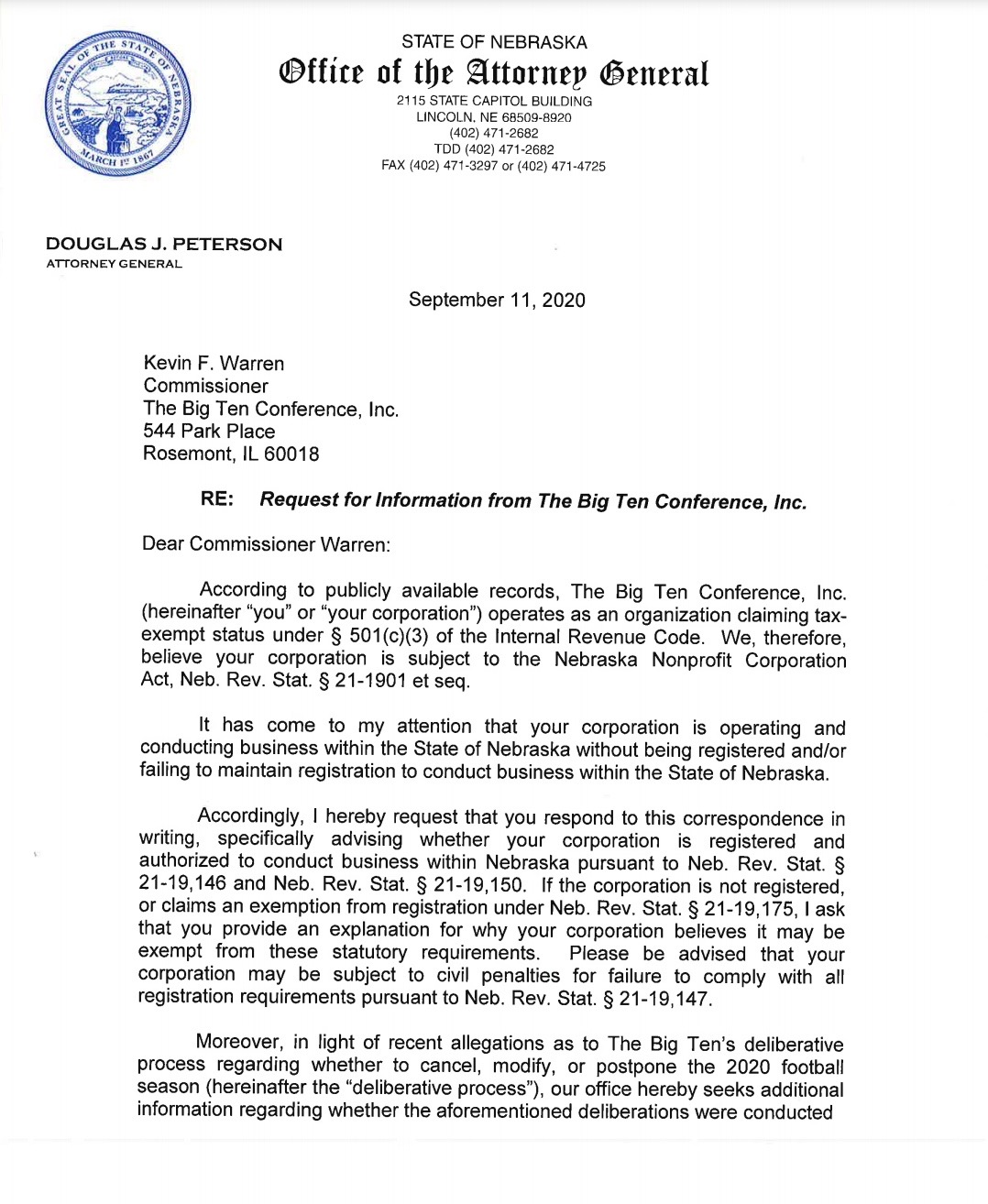 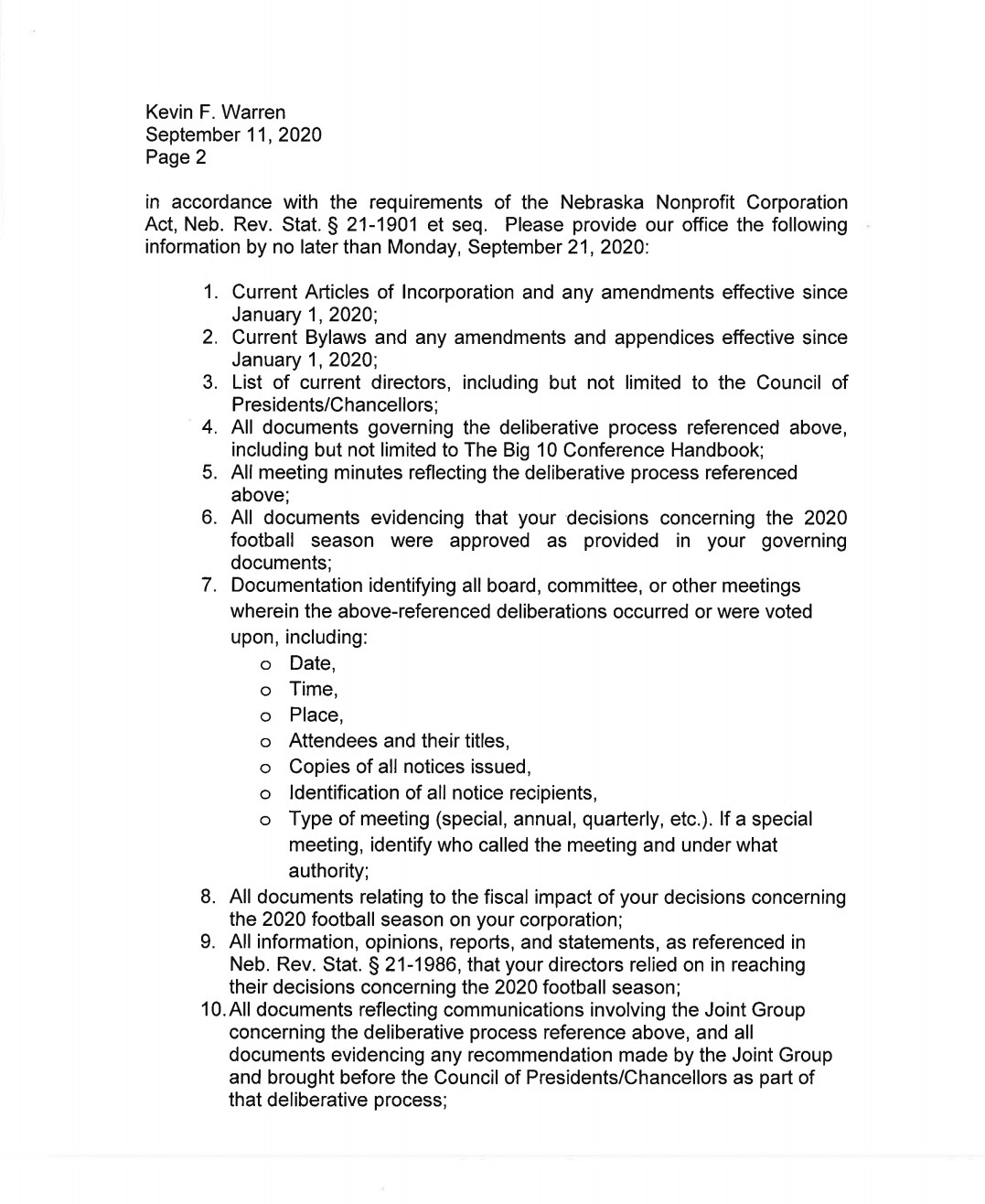 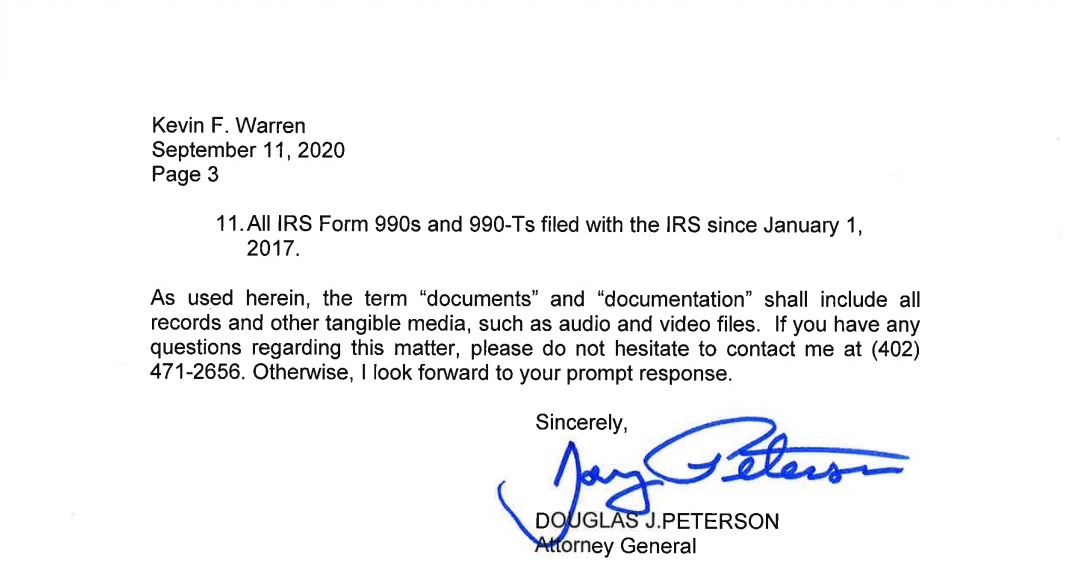 The Big Ten has a mountain of issues on its hands. Hopefully, the optimism that the conference can resume play in October winds up prevailing.