Lee Chatfield, the Speaker of the House of Representatives in Michigan, sent the following letter to Big Ten commissioner Kevin Warren requesting that the conference reconsiders the postponement of football season this Fall (as shared by Tom VanHaaren of ESPN): 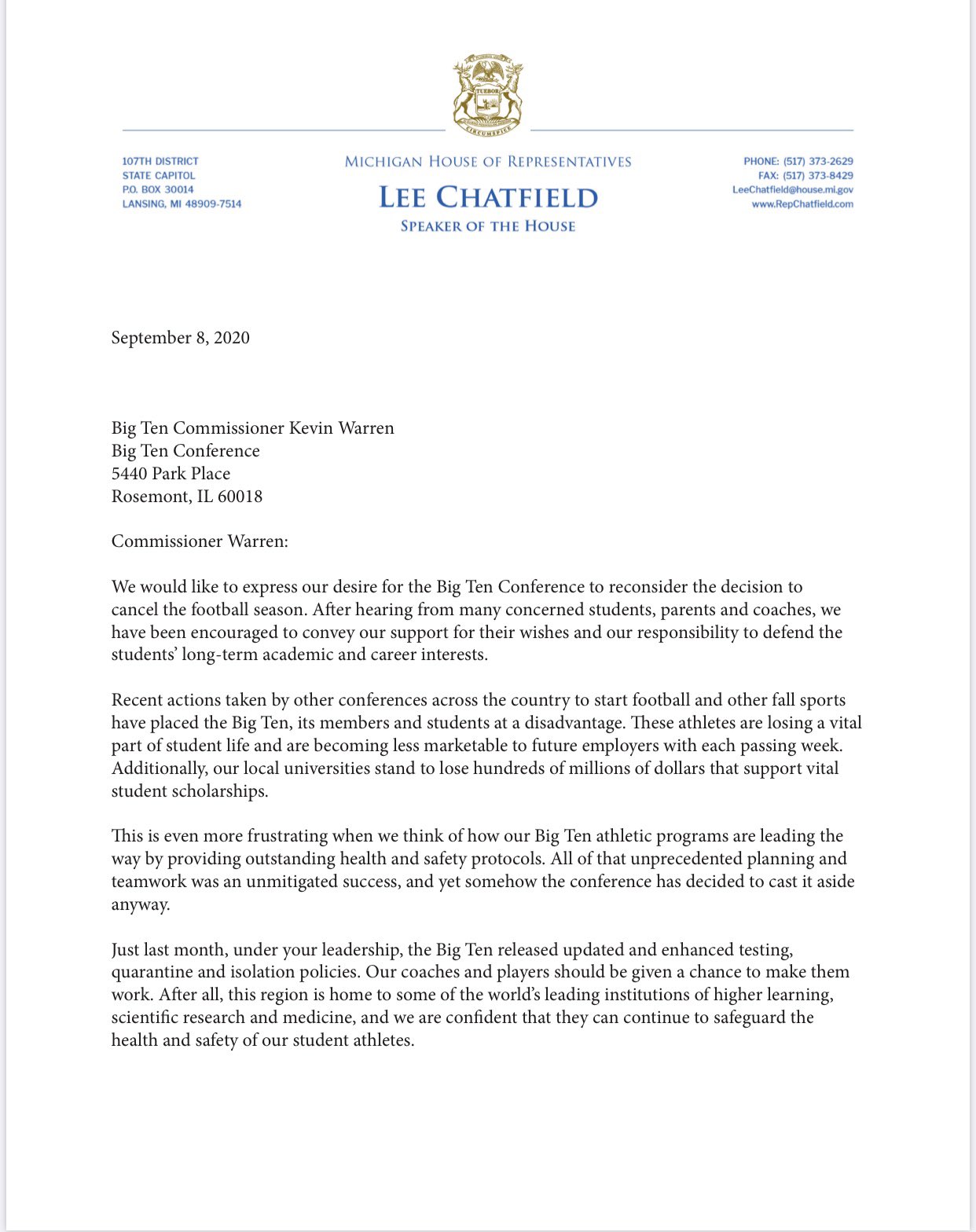 Chatfield deserves credit for advocating for the return of football. However, my impression is that Warren, after having a productive phone call with President Trump last week in which federal testing resources were promised to the Big Ten, is on the same side of this issue here. Warren would also like to move forward with football season.

The people that Chatfield needs to be lobbying are Michigan president Dr. Mark Schlissel and Michigan State president Samuel Stanley. Both of them voted in favor of postponing football season, and neither of them have shown any indication that they are willing to reconsider their vote. This remains the case after Michigan governor Gretchen Whitmer reversed course and is now allowing fall sports, including football, to resume at the high school level.

Dr. Schlissel is particularly hypocritical here, given that the University of Michigan is speaking out against a graduate student employee strike after they expressed safety concerns about teaching courses with tens of thousands of students on campus. This past weekend, Michigan coach Jim Harbaugh marched in favor of football season, but has not been met with support at the administrative level.

Hopefully there is some movement here soon, but the politicians who are involved need to make sure they are targeting the right individuals for maximum impact.