One of the more intriguing developments in the ongoing saga of Big Ten and the postponement of Fall football season is the suit brought by eight Nebraska football players against the conference. It was this case that led the Big Ten to reveal their presidents’ and chancellors’ 11-3 vote earlier this week. Now, the Lancaster County District Court is ordering the Big Ten to produce more documentation and information surrounding the vote, and giving them a deadline of 10 days from now to do so.

Earlier this week, Big Ten commissioner Kevin Warren and President Donald Trump had what both sides characterized as a productive conversation about returning to play. This phone call was brokered by Outkick founder Clay Travis.

Since then, Dan Patrick reported that the conference was “targeting” October 10th to return to play; Ohio State had football practice today, a day after their president Kristina Johnson expressed optimism for a path to returning this Fall.

The bottom line: This story is NOT boring, and it’s not going away. 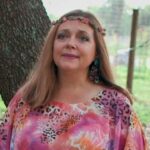