Early on, it’s witty as ever. Today’s target, who else, but Mitch Trubisky.

Here are the highlights from the QB picked before Patrick Mahomes and Deshaun Watson:

Leave him alone, it is just one pass.

Mitch Trubisky is BACK 😤🔥🔥 pic.twitter.com/RchfjE0gVV

Well, at least this next guy is accurate with his tweets:

As a positive, people are paying attention to him. Better than being ignored, right?

@Mtrubisky10 I’m blowing at yo crib after the game

Mitch trubisky is shaving years off my lifespan with every throw….

my football team is horrible lol just cause of @Mtrubisky10 😂😞

The #MitchTrubisky experiment can now be concluded #Bears

I got an anonymous tip Mitch trubisky broke COVID-19 guidelines @NFL suspend him!

Matt Nagy, this week, when asked what he wants to see from Mitch Trubisky:

"Seeing that tempo. And then scoring touchdowns. I think that's a big emphasis for us is let's get touchdowns … because when you score touchdowns, things are a lot easier."

Sam Darnold and Mitch Trubisky competing to see who is the biggest bust pic.twitter.com/LETvpGM2QI

Warning: this next one could hurt, Chicago:

Did you know that Patrick Mahomes and Deshaun Watson were drafted after Mitch Trubisky? pic.twitter.com/BCNnroXJVm

The Bears are losing.

What in the name of Vernon Davis is happening down there in Longhorn Land?

“The ‘Get Woke, Go Broke’ mantra continues to be proven true and it is something, at least partially, being noticed by CBS.” CBS gives clear directive to announcers on social justice coverage.

Mark Cuban got dunked on again. Will Cain schooled him on committing industry suicide while protesting. 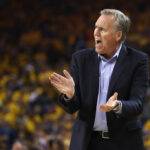 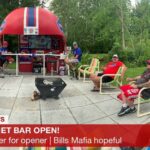