“We need to thread the needle just the right way, because there are people who are tuning in just to hear about football. So we need to make sure that we don’t overdo the emphasis on what’s going on in our country, but we’re not gonna ignore it.”

Like many instances when sudden change happens, it is driven by the data.

The Kansas City Chiefs defeated the Houston Texans to open the season. They NFL lost in a big way in the ratings.

It was the lowest opening night in 10 years.

The ‘Get Woke, Go Broke’ mantra continues to be proven true and it is something, at least partially, being noticed by CBS.

“They’re certainly allowed to talk about what is happening on the field, whether it’s the National Anthem or something else with a name or a phrase on a player’s jersey or on his shoes,” McManus said. “They’re free to talk about that, but we’re gonna do so objectively. They’re not going to interject their opinion or their philosophy. They’re there to cover the game. But if something else happens to be part of the story, they’re going to tell that story.”

CBS will begin its airings — at least this week — with showing the national anthems and what players take what action. McManus said that structure could change as early as next week.

He added that the pregame shows would also walk a very delicate line of coverage as it is becoming more clear that people do not want politics in their sports.

If you are getting ready to cash in on the games this week, take a look at five games that we like. 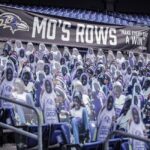 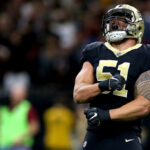