This week Kelly Stafford joined a growing list of NFL wives lashing out at a variety of issues within the league as the sport goes through what will go down as the craziest in history. Matthew Stafford’s wife joins the likes of Elise Tate — Golden’s wife — and Emily Mayfield who have aired grievances over the last few weeks. The common theme is frustration.

Kelly Stafford fired up Instagram Story to rip the Lions for the environment they’re creating for the players and family members who are allowed into Ford Field. “DEAD. Was in ATL last weekend and a total different vibe,” she wrote. “Understand we can’t have fans, but sh*t I was falling asleep.”

Kelly, who once told the world she saved up and paid for her own breast plants after a Detroit radio station implied Matthew paid for the surgery, also went after the Detroit Free Press for a headline saying her husband deserved most of the blame for Sunday’s loss to the Colts.

“Proving they have zero idea what they are talking about YET AGAIN,” Kelly fired back. “Stick to EVERYTHING besides sports. K thanks, bye.”

Whew. NFL wives aren’t playing games in 2020. You can cut the tension brought on by COVID with a butter knife. They’re lashing out at their own fans, their own organizations, their own DJs and their own hometown newspapers. It’s not a smart idea right now to test these ladies who are dealing with the rigors of the football season under difficult circumstances. You’ve been warned.

This should have been clear back in August when Kelly Stafford went after the NFL for how it released news of her husband’s COVID false positive. Again, whew. 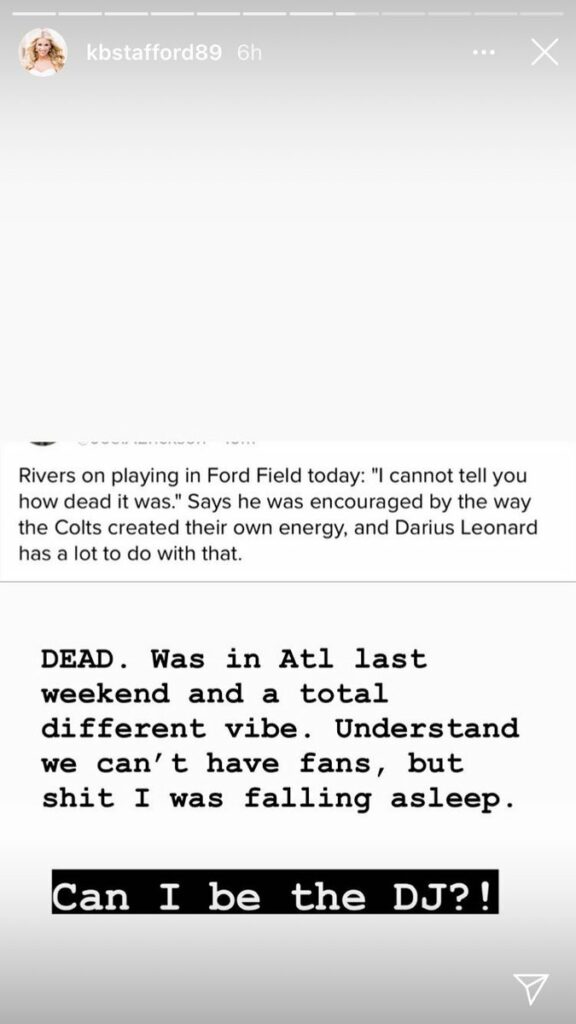 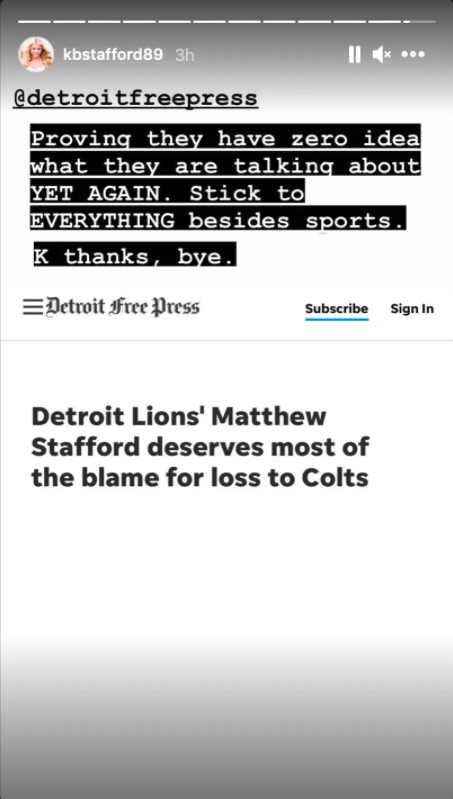