If you’ve had a chance to check your Twitter followers this morning, your ego is probably damaged. Oh, unless you’ve been retweeting Alexandria Ocasio-Cortez, CNN, and Mike Florio. In that case, your popularity is surging.

Since the middle of the week, Republican politicians, conservative media personalities, and a variety of right-leaning accounts have claimed they are losing Twitter followers at the same rate ESPN lost viewers after High Noon‘s debut.

I'm not sure if this is due to mass-nuking of conservative accounts by Twitter, conservatives leaving the platform voluntarily in protest of the Trump ban, or some combination of both, but accounts with large conservative followers are seeing a massive plunge in follower counts: pic.twitter.com/I7sC8WNnRj

So I have actually lost 30k followers in 4 hours? Is that even possible? Parler iced? Is this to please @JoeBiden? Does he know what Twitter is ?

Twitter, the “public forum” for free speech, has deleted 15,000 followers from my account in the last few hours.

There is no point engaging in a national conversation on a “forum” that is in actual fact a propaganda organ.

Just to add to the chorus, I’ve lost about 5,000 followers. It’s clear that Twitter is wiping out conservative accounts. That’s why your follower counts are going down. This is the biggest purge we’ve seen, and not the last.

Over the last few days, we lost over 5K followers.

Visit https://t.co/kSTinFJEDh, download our mobile app, and follow us on Parler to make sure you never miss an update! pic.twitter.com/PxI45fQrz0

7K+ for me in two days… pic.twitter.com/uwkrvaJJTf

Twitter says it routinely deletes and/or suspends spam accounts. Per Twitter’s support page, it regularly “challenges accounts to confirm details like email and phone number.” If neither is provided, Twitter says “these accounts aren’t included in follower counts.”

That doesn’t sound politically-driven — as long as you are convinced that users who fail to provide the mandatory information only follow one political party. If don’t believe that, you might question the following numbers:

This is how you create an echo chamber… pic.twitter.com/aPDA37qKS0

To recap the week online, Twitter banned Trump, Google removed Parler from its app store, Apple is threatening to ban Parler, conservative accounts are losing thousands of followers, and Nancy Pelosi emerged as a Twitter star. 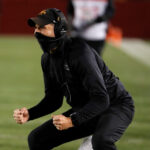 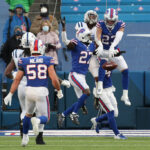