The networks have called the election for Joe Biden with 290 electoral votes. President Donald Trump has not conceded and says he will fight the results, though Axios reports that Trump has already told advisers he’s thinking about running for president again in 2024.

If Trump were to run again, he’d come in with a built-in advantage over other likely GOP candidates. Trump has a large, loyal fan base, which is even more passionate since the results of the election. Trump’s supporters are anti-establishment, many of whom will never trust the election count.

If it weren’t for COVID, Trump would have beaten Joe Biden, running on the economy alone. Furthermore, if the Pfizer vaccine (which announced positive signs Monday) and others are successful and Trump focuses his final months on improving coronavirus conditions, he could campaign as “the president who defeated COVID.”

Reports have also emerged that Trump is considering launching a news network to compete with Rupert Murdoch and Fox News, which is a fascinating media story.

Run for president or start a news network? Not bad options to have. 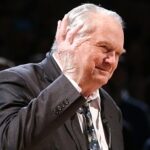 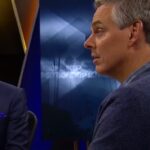