With Joe Biden closing in on 270 electoral votes, reports have surfaced that President Donald Trump is mulling the idea of launching a news network to compete with Fox News.

According to ABC, Trump is furious at Rupert Murdoch and Fox News, and there is a belief a Trump-led network could steal away Sean Hannity and Tucker Carlson:

On life after, anger at Fox / Murdoch family cannot be understated. Should he lose, Trump wants to destroy Fox – aides believe they can steal hosts Hannity & Carlson. Sources believe Trump will never admit he lost should we get there – instead stick with “rigged” “fraud” “stolen” https://t.co/15PzANMS9c

Sources inside the industry have considered this a possibility for months. In the past year, Trump has routinely criticized Fox News. Trump complained about the channel to Rush Limbaugh in October:

“You watch this Fox, and it is a whole different ballgame,” Trump tells Limbaugh. “And you know Paul Ryan is on the board of Fox. So I am sure that has something to do with it.”

Trump continued, “When Roger Ailes ran Fox, I mean Roger had a very strong point of view that is totally gone, and I think it is influenced by Paul Ryan.”

Tensions reached a height this week when Fox News called the state of Arizona for Biden before midnight on Tuesday. Trump’s team was furious with the decision, and according to Vanity Fair, Trump called Murdoch to “scream about the call and demand a retraction.” Murdoch refused. The call stood.

Recently, former Fox News star Bill O’Reilly predicted that should Trump lose the election, he will go into media.

If there is a business that Trump knows, it is media. No one person in the past several decades has played it better or had a bigger impact on its outlook, credibility, and direction — from his phone-ins to Fox & Friends to CNN changing its strategy, to MSNBC’s “Russia, Russia, Russia” coverage to sports personalities like Jemele Hill changing their careers. Finally, he exposed the media to biases that many suspected but couldn’t prove.

That doesn’t mean it will be an easy task, if the goal is to take on Fox News.

There’s a difference between building an alternative — which he could do — and hurting and competing with Fox News. Like Google, Fox News is a default. It is a viewing habit for millions of conservatives across the county. Right now, its news division is stronger than its competitors. Most importantly, the network has never been stronger than now, breaking its own records every month and quarter. While some of that is the Trump-factor, he’s not the only reason. Fox News was No. 1 before Trump and doesn’t need him to stay relevant.

The report adds that a Trump network could steal Carlson and Hannity. If it does, the conversation is different. Hannity and Carlson seesaw back and forth as the first and second biggest draws in news media. In October, both hosts averaged over 5 million viewers.

Hannity is the more likely get. For four years, Hannity has had front-row access to the president, whom he knew long before Trump was elected. Trump could get at least four hours a day out of Hannity, if he would also simulcast Hannity’s radio show. Carlson, who is about eight years younger than Hannity, spends the least amount of time on Trump of any cable news host. Furthermore, with Carlson’s momentum at Fox, it’d be a risk and hard sell.

As always, money is the key. It’s unknown the budget Trump would have for a news network, though presumably, he would be willing to make Hannity and Carlson substantial offers.

Fox News has the budget to compete. Before his ousting, O’Reilly made an annual salary of $25 million. According to CNN Brian Stelter’s book Hoax, Fox News also offered Megyn Kelly a similar number. Stelter claims that Carlson makes around $10 million a year and that Hannity’s current salary comes in at $30 million, though other reports have said Hannity’s is lower than that.

With Trump’s promotion and names like Hannity and Carlson, this network would work. That still doesn’t mean it’d top Fox News, however. While losing both would be a blow, the Fox News machine would build new stars. It has a talented list of personalities under 50 with high ceilings, such as Pete Hegseth, Will Cain, and Jesse Watters. And Hannity and Carlson aren’t the network’s only top-level personalities. Bret Baier, Bill Hemmer, the Fox & Friends cast, Laura Ingraham, and Dana Perino are also marquee names.

For Fox News talents, this news is ideal. Competition helps employees negotiate for higher salaries. When FS1 signed Skip Bayless and Colin Cowherd away from ESPN with paradigm-shifting contracts, future salaries at ESPN spiked. WWE was at its best with WCW. The recently emerged AEW is a win for WWE performers.

If Trump goes through with this idea, Hannity and Carlson won’t be the only Fox News names he targets. Expect him to look outside current TV hosts as well. He’s raved about Charlie Kirk in the past. Media sources already predict current White House Press Secretary Kayleigh McEnany would have a strong future in media post-Washington.

Poaching talent from Fox News would be a slow process. Each talent has a contract, some of which don’t expire for several more years.

Other pending questions — again, if this network comes to fruition —  include distribution. To make this work on TV, the potential network would need to be distributed on basic cable packages. It’s also unclear if the report refers to Trump creating a new network or buying a current competitor, like OANN.

And what would his strategy be? The industry already needs more digital focus. With almost 89 million Twitter followers, Trump could promote links in a way other networks could not match.

Though this would be the media story moving forward, Trump is not out of the White House yet. Only one major outlet has called the race, and most expect legal actions to be taken.

That said, this move would not shock me in the least. 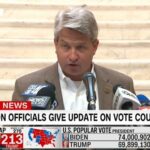 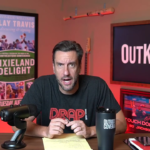