Ohio State reporter/insider Jeff Snook wrote a Facebook post late Tuesday night explaining what is allegedly going on behind the scenes to make a Big Ten season work and it’s a plan being pieced together by OSU Athletic Director Gene Smith that would include six Big Ten teams — including Ohio State, Penn State, Nebraska, Iowa and possibly Wisconsin along with Michigan. According to Snook’s source, the plan needs six schools to work.

“No matter what has been stated publicly, Ohio State’s hierarchy hasn’t yet given up on playing football this fall.

“Athletic Director Gene Smith, with the full support of school president-elect Kristina Johnson, has been working behind the scenes for the past six days to organize fellow Big Ten conference athletic directors in convincing at least five other university presidents to move forward with a 10-game season to be played among six teams, a source familiar with the movement told me today.”

Big Ten Commissioner Kevin Warren hasn’t been heard from since declaring the Big Ten fall sports season postponed. Meanwhile, parents from Nebraska, Ohio State, Iowa, Michigan to Penn State have sent letters to Warren demanding a reversal of the conference’s postponement. Warren has even caught heat from a University of Michigan cardiologist who states the Big Ten used bad data in its main argument against a season.

Snook’s report states that this six-team plan to play a season hinges on decisions at Wisconsin and Michigan. Barry Alvarez, according to the report, is onboard, but this will come down to a decision by the school president. Snook says it’s a similar situation at Michigan where AD Warde Manual and Jim Harbaugh want to compete.

Tuesday, Ohio Governor Mike Dewine gave the go-ahead for contact sports in the state. High school football, the University of Cincinnati Bearcats and the two NFL teams will move forward with their seasons while Ohio State is on the sidelines, unless this Gene Smith plan works.

Snook also states that sources tell him “Big Ten presidents never voted on the issue before the conference adjourned its meeting last week and it was announced through new commissioner Kevin Warren that they were canceling the fall season.”

BREAKING: OHIO STATE’S A.D. WORKING ON PLAN TO GET FIVE OTHER BIG TEN TEAMS TO PARTICIPATE IN 10-GAME SCHEDULE THIS FALL… 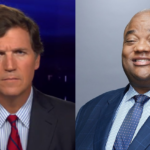 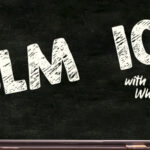