Parents of Ohio State football players have joined a similar group of Iowa parents in submitting a letter to the Big Ten, asking it to reverse course and play its season.

The letter, which you can read in full below, simply states that this group of parents believe that the choice to cancel was made in haste.

It also lists the bullet of demands to be answered by Aug. 19, and include:

Reinstatement of the original schedule that the league established on Aug. 5; full transparency requests as to the data which was used to make the decisions; a Zoom call with the Big Ten Commissioner (whose own son is set to play at Mississippi State); allowing the teams to practice and prepare immediately as the decision is made, and provide the action plan and protocols to move forward.

Coaches at Ohio State and Purdue have both set out plans to have a spring slate of games, which David Chao, MD wrote was simply not medically sound.

Outkick has also fully discussed the COVID myocarditis worries from two opposing viewpoints and covered the latest challenge by Big Ten cardiologists to the myocarditis conclusions that backs up expressions that the JAMA article may not hold water clinically and a heart expert that says “we should put little stock in this paper.”

Perhaps the more people that get behind the normalization that football returns to normal could give the league a boost to do so. 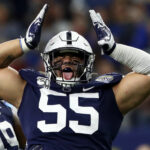 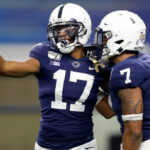