University of Michigan cardiologist Dr. Venk Murthy is questioning data used by the Big Ten to cancel its fall sports season. “It could be reasonable to cancel, just not on the basis of this paper which is highlighted extensively,” Murthy, professor of Preventive Cardiology at The UM Samuel and Jean Frankel Cardiovascular Center, tweeted in reference to a paper being relied upon by the Big Ten. Murthy and Darrel Francis, Professor of Cardiology at the National Heart and Lung Institute at Imperial College in London have laid out why the Big Ten shouldn’t be using the flawed paper as basis for cancellation.

“If we as a profession are happy to retweet gibberish, we can’t blame universities, sports associations and governments for talking nonsense,” Francis said about the paper in question.

Murthy concludes the paper being used by the Big Ten shouldn’t have been used. “Bad statistics and lots of moderate to severe effusions, LGE, etc in their controls means to me it is a paper that we should put little stock in this paper, regardless,” he wrote on Twitter.

Professor Francis agrees: “Yes, I do think we should disregard it for now. The lead author did message me after my thread. I recommended they temporarily retract it pending changes, because otherwise it would keep misleading people.”

Earlier this week, Outkick’s Dr. David Chao addressed the myocarditis study divide between the Big Ten and the SEC.

7) Why after six months of prevalence in the USA is the heart issue only to come to light now?
Big Ten: We always were aware of myocarditis risk but a key study published just two weeks ago in the major medical publication Journal of the American Medical Association (JAMA) alerts us that a whopping 78% of patients had myocardial inflammation. This study can’t be ignored.

SEC: Yes, we read JAMA too but that study involved patients whose youngest age was 45, used cardiac MRI and was only an imaging study. In other words, it was a much older demographic with MRI findings of questionable clinical significance.

The Big 10 report on COVID relies heavily on this paper which found rampant abnormalities among normal controls and had many statistic that make no sense.

Time to retract or correct this paper. https://t.co/JY86C3zBBQ

It could be reasonable to cancel, just not on the basis of this paper which is highlighted extensively.

TBH I'm not a football guy so whether they put off a year doesn't really affect me, but the Big 10 is a majorly respected organization and many Americans get their news from @espn.

Unfortunately much of the messaging centers around a flawed paper.

If we as a profession are happy to retweet gibberish, we can't blame universities, sports associations and governments for talking nonsense.

Venk Murthy has just sent me this. I have no idea what a Big Ten is, but it is getting taken in by the nonsensical numbers. pic.twitter.com/fK06xtd9mf

Murthy is referencing this report from Sports Illustrated that is now a broken link on Google so I’ll provide screenshots because Murthy is very focused on how the Big Ten used a flawed paper as part of its basis for cancelling the fall season – Google cache here: 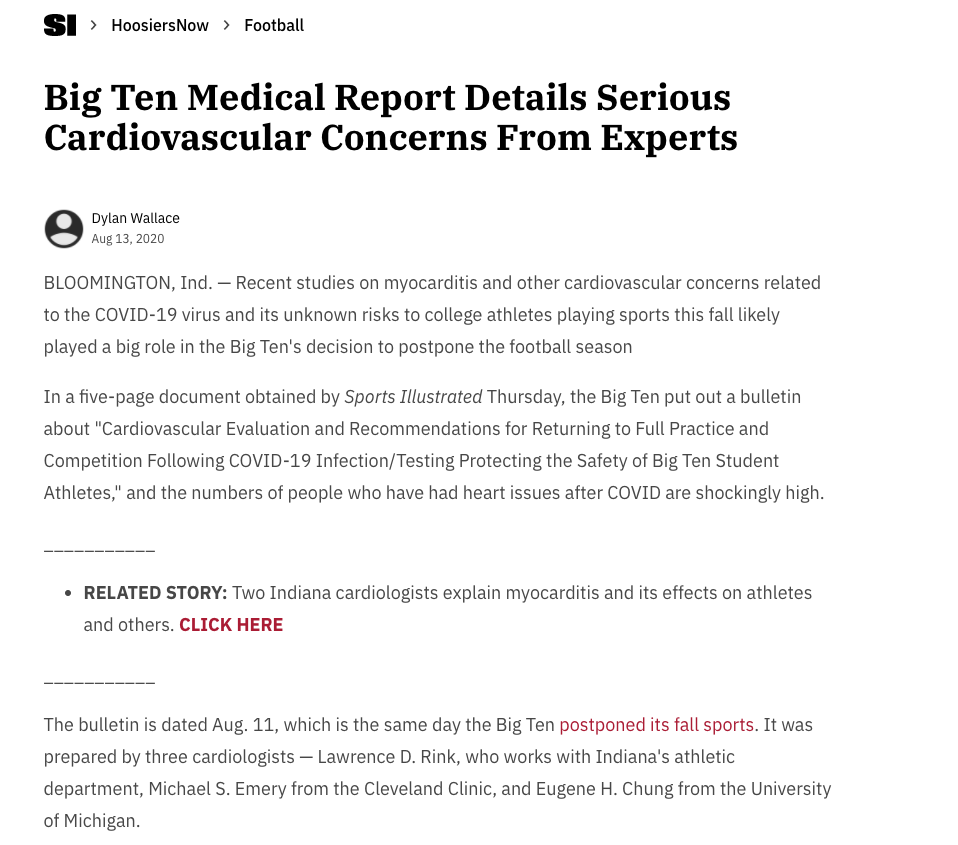 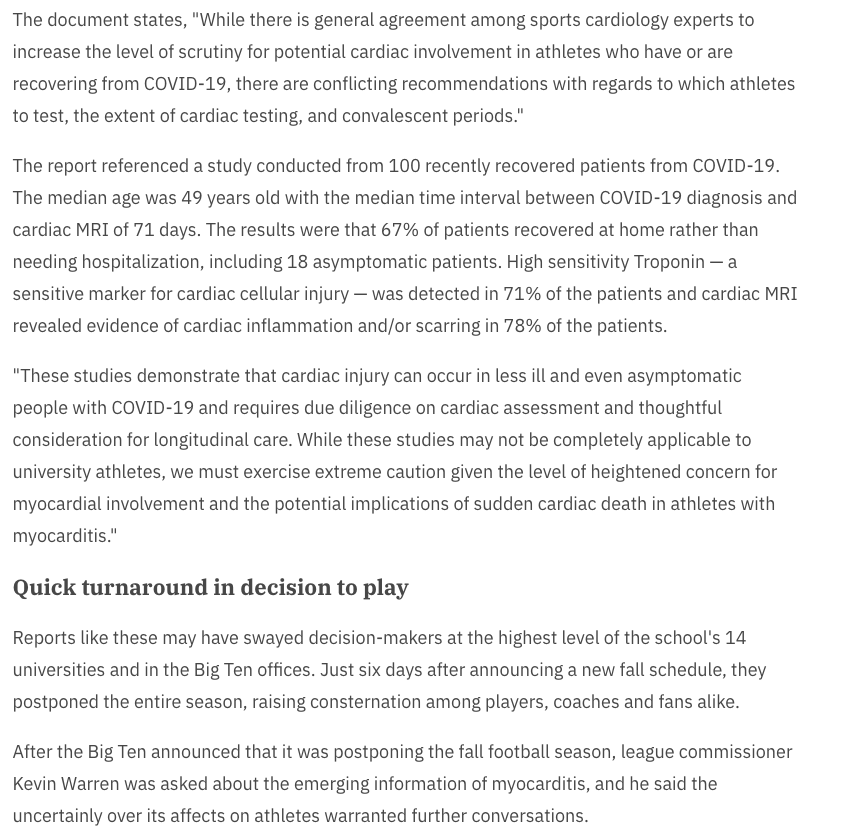