A Nebraska man is giving Charlie Brown and his Great Pumpkin a run for his money.

Last weekend, Duane Hansen paddled down the Missouri River in an 846-pound hollowed out pumpkin in an attempt to beat the Guinness World Record.

Yep, as they say, they have a record for everything.

Hansen’s story begins a week ago, when this legend walked right into the mayor’s office and asked if two people from Bellevue City Hall would serve as official witnesses for this momentous occasion. 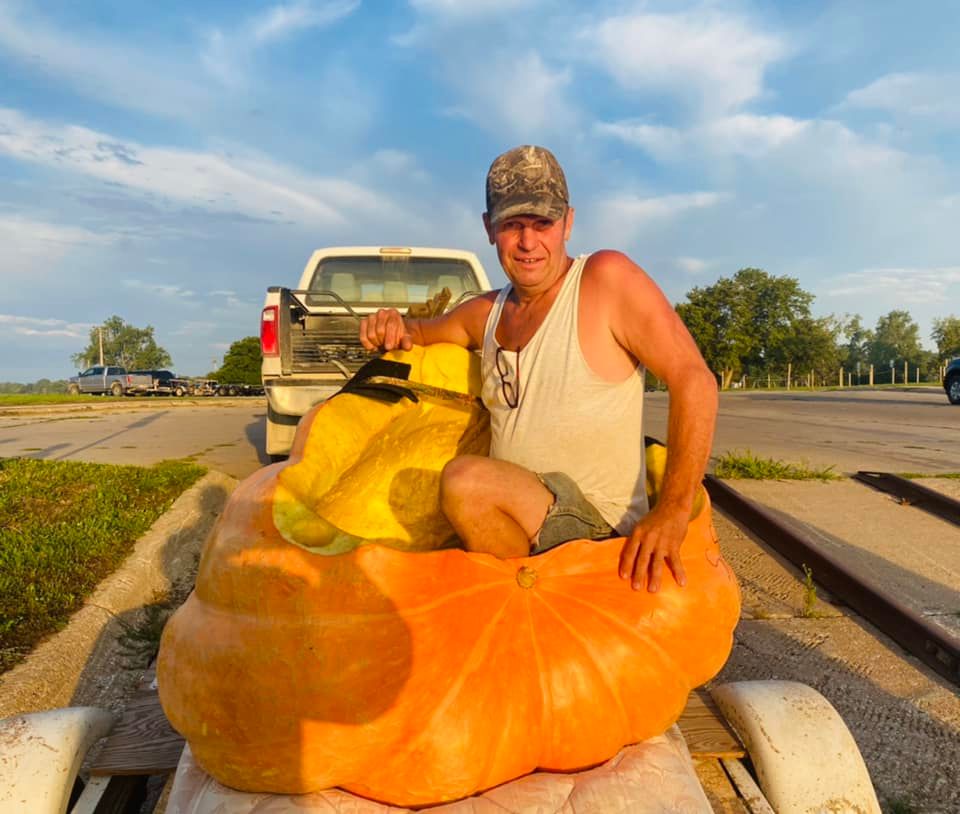 Duane Hansen and the SS Berta. (Photo: City of Bellevue, Nebraska via Facebook)

The record our buddy Duane was trying to beat? “Longest Journey by Pumpkin Boat,” a record currently (formerly!) held by North Dakota’s Rick Swenson. Ricky here set the mark back in 2016, when he paddled 25.5 miles in his pumpkin boat.

Hansen, who just turned 60, has apparently been eying this record for some time. Who can blame him?

“These humble you,” he told NBC.

Still, this legend managed to grow a couple 400 and 500-pounders and even went to a couple Giant Pumpkin Growing seminars. Didn’t know those existed but I bet they are WILD.

Apparently, Hansen met a woman at one of these shindigs who did a little pumpkin-sailing over her own, and that’s where he got the idea.

According to the City of Bellevue’s Facebook page, Hansen put his pumpkin – named the SS Berta, of course – in the water early last Saturday morning with the goal of paddling all the way to Nebraska City.

Eleven hours and 38 miles later, Hansen floated into town in his record-breaking gourd.

He never left her once, either.

“Once you’re on the river, that damn thing was so tippy, it was unbelievable,” he told NBC. “It was like riding in a cork. You just could tip over at any second. You’re using your balance the whole time. I’ve never paid so much attention to any one thing in my entire life.”

While Hansen’s trip unofficially broke the record, Guinness has said it’s still reviewing all the evidence.

I say nonsense! You’re the Pumpkin Boat King here at OutKick, Duane. Congrats to you and Berta!

“I turned 60 the day before I did this, so I’m not no young punk, you know,” Hansen added. “If somebody beats me, I have just enough experience at this now. I would probably try to do it again.”

I, for one, certainly hope you do.