The suspension is tied to Watson’s alleged sexual harassment and other sexual misconduct allegations made by multiple women who brought suit and filed criminal complaints against Watson.

The league was reportedly looking for a longer suspension and could appeal.

Reaction to the news has ranged from angry to confused, with many, like OutKick’s Clay Travis, pointing to Calvin Ridley’s recent suspension as an example of the absurdity of the ruling.

Calvin Ridley was suspended an entire season for gambling $1500 on NFL parlays. Deshaun Watson got six games for 30 women accusing him of sexual assault.

Here’s a look at other suspensions handed down over the years:

Big Ben was suspended for the first six games of the 2010 season after he was accused of sexually assaulting a 20-year-old college student in a Georgia nightclub. Prosecutors did not charge Roethlisberger, and his suspension was reduced to four games before the start of the season.

Roethlisberger was the first player suspended by commissioner Roger Goodell under the conduct policy who hadn’t been arrested or charged with a crime. Goodell argued that the policy allowed him to impose a penalty when the league’s integrity and reputation are at stake.

In a letter to Roethlisberger, Goodell said that while he recognized no criminal charges were filed, “nothing about your conduct can remotely be described as admirable, responsible, or consistent with either the values of the league or the expectations of our fans.” 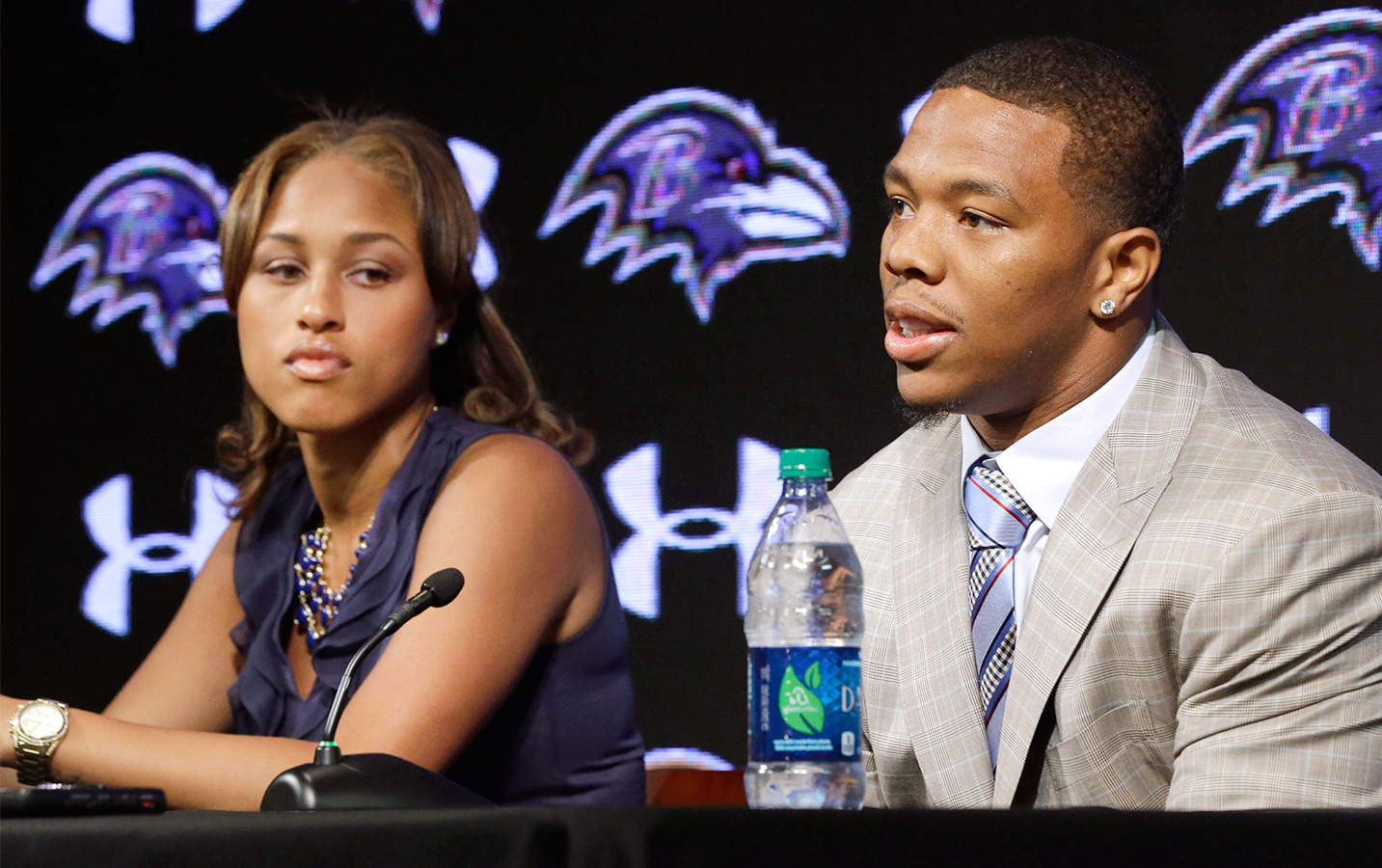 Rice was initially suspended two games ahead of the 2014 season following his offseason arrest for domestic violence stemming from an altercation with then-fiancée Janay Palmer.

Of course, just one week into the season, video of the altercation surfaced and showed Rice punching Palmer and dragging her unconscious body out of an elevator. The Baltimore Ravens immediately cut Rice and he was suspended indefinitely by the NFL.

Goodell, in a letter to league owners, admitted he “didn’t get it right” on Rice’s initial punishment and announced a new, standardized penalties for domestic violence and sexual assault by any league personnel – a six-game suspension for a first offense and an indefinite suspension of at least one year for a second offense.

Rice was reinstated by the league in November after winning an appeal.

Brady was suspended without pay for four games ahead of the 2016 season for his role in Deflategate … which took place two years prior.

The future Hall of Famer was originally suspended before the 2015 season, but he was able to play all 16 games after a federal judge overruled the NFL’s decision.

The following April, however, a US Circuit Court of Appeals judge ruled that Goodell’s decision to suspend Brady was within his power under the NFL’s collective bargaining agreement and the suspension was reinstated.

Elliott was suspended six games in 2017 after his ex-girlfriend accused him of domestic violence in Ohio.

The Columbus City Attorney’s office said it would not pursue charges against Elliott but the NFL determined that he violated the personal conduct policy after examining texts, interviewing witnesses and retaining medical and legal experts.

The league said in a letter to Elliott that the experts “were of the view that there is substantial and persuasive evidence supporting a finding that (Elliott) engaged in physical violence” multiple times in July 2016.

Elliott eventually played the first eight games of the 2017 season after multiple appeals alleging an unfair disciplinary process by the league, but the six-game suspension was eventually reinstated in Week 10.

The Arizona Cardinals’ receiver is set to serve a six-game suspension to start this season for violating the league’s performance-enhancing drug policy. Hopkins was suspended in April after 0.134% of Ostarine was found in his blood, surpassing the threshold of 0.100%.

The receiver said last weekend that he didn’t think he should’ve been suspended because only a small amount of the banned substance was found in his blood. He added that he still hasn’t found where the contaminant came from and wished that he had more time to fight the ruling.

Hopkins dropped his appeal in May. 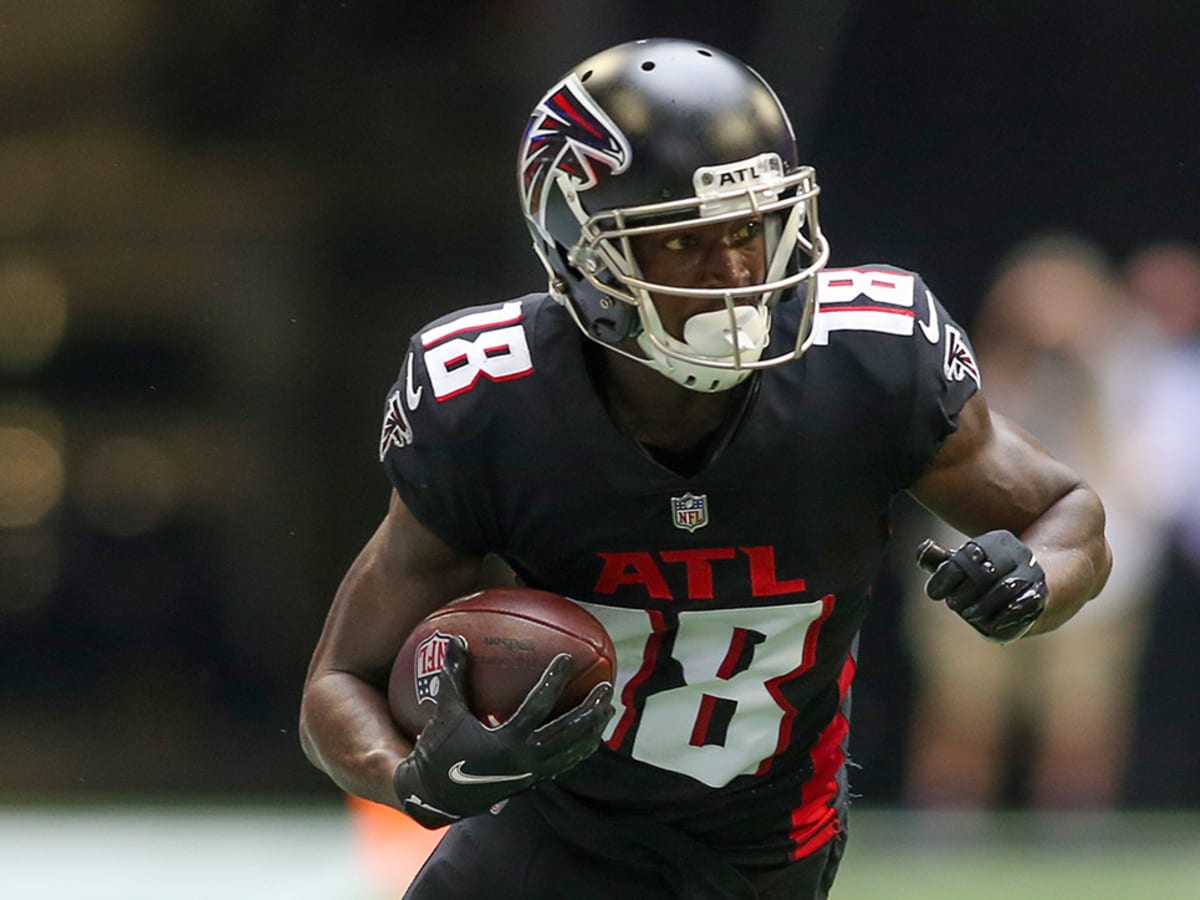 While everyone on this list was served with mostly six-game suspensions, Ridley has been suspended all of this season for betting on NFL games.

According to the league, Ridley placed bets during a five-day period last November when he was away from the Atlanta Falcons’ facility on the non-football illness list. Ridley left the team five games into last season, saying he needed to focus on his “mental wellbeing.”

Ridley said in a series of tweets after the suspension was announced that he bet $1,500 total and that, “I don’t have a gambling problem.”

He also tweeted that he couldn’t watch football when he made the bets and that “I know I was wrong But I’m getting 1 year lol.”

This one technically shouldn’t be on this list because, well, Kraft was never suspended despite allegedly paying for sex acts at a Florida spa in 2019.

The longtime Patriots owner was charged and faced two misdemeanor counts of solicitation as part of a months-long human trafficking investigation.

The solicitation charge was later dismissed after a court ruled the video law enforcement used violated the rights of the individuals who were recorded in secret at the spa.

Earlier this summer, reports surfaced that the NFLPA was prepared to use Kraft in Watson’s defense as an example of precedent-setting discipline.