It started with the semantics battle over whether Deion Sanders had accepted the coaching job, or had a formal agreement, or how the sponsorship dollars would get split. It moved to speculation over who he would recruit — he has already added a Mississippi State transfer and is looking to flip his four-star son from Florida Atlantic to his school. Then a bogus report surfaced that he had added both Terrell Owens and Warren Sapp to his coaching staff.

Now, he is making some light of the subject, by trying to get Urban Meyer back on the sidelines.

“I want a coach like an Urban Meyer, I need a quarterback like a Matt Leinart and I need an all-purpose guy like a Reggie Bush. Let’s just start right there,” Sanders said on FOX’s “Big Noon Kickoff” pregame show.

“When are you coming back?” Sanders asked Meyer. “And whoever you don’t sign, I want them.”

Meyer had a quick reply to the banter:

“I’ll come with you if you let me call the plays,” Meyer replied.

To which Deion had to recalibrate the finances that he would have to work with!

“Unfortunately at an HBCU our budget don’t consist of what you’re used to,” Sanders said.

Probably not going to see Meyer out of retirement for and in Mississippi anytime soon. 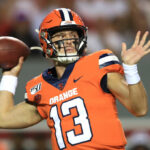 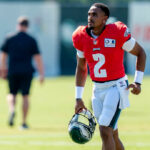