Deion Sanders’ coaching staff at Jackson State will include none other than Terrell Owens as wide receivers coach and Warren Sapp coaching the defensive line, according to Joe Cook, sports director at WAPT-16 in Jackson, Mississippi.

That’s right, two Pro Football Hall of Famers teaming up with the hall of fame head coach to put together one of the biggest star power coaching staffs in college football history. Jackson State has to officially be on the radar of three-star kids who will have no choice but to consider being coached by guys who’ve made it to the top of the football mountaintop.

Deion says his coaching staff will have 84 years combined of NFL coaching and playing experience. Mario Edwards Sr. played in the NFL for five seasons. New Jackson State defensive coordinator Dennis Thurman is credited with turning Darrelle Revis into a future hall of farmer. Offensive coordinator Jason Phillips was Andre Ware’s main target during the Houston Cougars run-and-shoot days before going on to play five seasons in the NFL. Phillips has an extensive college coaching resume at the FBS level.

Update: Deion has responded. “THIS IS ABSOLUTELY WRONG! This is how junk gets started. Not a good way to get started with me,” Prime said about Joe Cook’s staff revelation, which Cook hasn’t deleted. Sapp and T.O. are saying it’s fake news.

#CoachPrime talked about his staff this morning and how they have over 80 years of combined NFL playing or coaching experience. With T.O., Warren Sapp and Deion himself that really fits that description. Buckle up. pic.twitter.com/8OcOShQDSX

Exactly #FAKENEWS but Coach Prime knows if he needs me to come share some knowledge I got him https://t.co/Esid0Bgx8t

You got Very Bad sources homie! @ me next time I’ll tell you the truth! #SappNeverFar 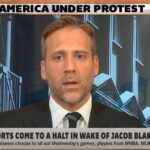 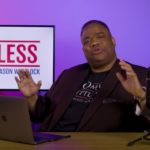