Updated, Sept. 25, 8:30 am: Deion is now the official coach at JSU as the semantics were worked out. Also, one of his first offers went out: to his son.

Deion Sanders is not “officially” the coach at Jacksonville State but more reports are surfacing that it is a matter of semantics, like we said on Thursday.

Let’s skip to the finish line and assume that Sanders will have the job, and ask: Will be be able to recuit?

The obvious thought would be that it should be easy. Who would not want to come and play for him? The cache is certainly there. The acumen is as well, he has coached at the high school level for years, being the head coach at his Prime Prep Academy charter school for three seasons, coaching at the Under Amour All-American Game, and he is currently on the staff for his son’s high school team.

That is where it could get interesting.

Sheduer Sanders is the quarterback for Trinity Christian. He is a three-star recruit according to Rivals.com and has verbally committed to Florida Atlantic.

Deion was his offensive coordinator.

In July the younger Sanders committed to FAU.

“I wanted to write my own legacy, FAU gave me a opportunity to do that! I trust the staff,” Shedeur Sanders told ESPN’s Gerry Hamilton in a text message. “[Owls coach] Willie Taggart was the first coach to offer me a opportunity to play at the next level.”

Taggart has a starting quarterback, Chris Robinson, locked in likely for the next two years and he also signed his own son, Willie Taggart Jr., in the most recent recruiting cycle.

With the SWAC not playing in 2020, it will give Deion a full time effort to recruit and sign a competitive class in February, but having his son as the quarterback could be an immediate boost to that effort. 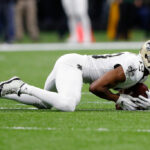 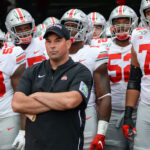