Alex Jones returned to the Joe Rogan Experience this week in a highly anticipated three-hour conversation. The episode, which got into Jones’ views on vaccines, angered Twitter and the media to new levels.

Late Wednesday night, after 24 hours of cancel culture demands, the episode disappeared on Spotify. Gone. An hour later, amid Rogan fans crushing the service and citing its previous position on “offensive” content, it came back.

Rogan said the conversation was only taken down due to a technical issue.

The conspiracy about the show with the conspiracy theorist… The episode that was uploaded to Spotify had some cache issues, and it wasn’t working correctly on some devices so the engineers had Jamie re-upload it with the same date, thinking it would fix the problem but still play for everyone like it was never missing. Didn’t quite work out perfect, which led to my phone getting hit up by people thinking it was removed. It works for me now, but some folks are still having trouble seeing it. They’re working on it. It IS however fucking classic and amazing that this glitch only shows up in the Alex Jones episode.

This is hard to believe.

The glitch appeared only in the recent Alex Jones episode that online losers tried to omit from the world?

Remember, when Rogan’s show launched on Spotify this summer, it didn’t include previous discussions with Jones and other controversial figures. Spotify had a quick excuse for that, too — claiming the episodes would be added at a later date. Why just them? No one said.

JRE listeners feared Spotify would censor the leading non-censored podcast. It has been a rough start.

In addition to these two incidents with Alex Jones — arguably Rogan’s most popular guest — random woke Spotify employees have demanded editorial oversight and threatened to strike if they don’t get it.

Alex Jones says Rogan has it written in his Spotify contract that he’s allowed to bring him on.

JRE moves exclusively to Spotify, off Apple and YouTube, later this year. Hopefully, that goes well… 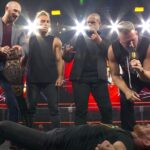 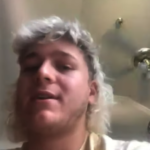