Joe Rogan debuted Monday night on Spotify. For two reasons, the licensing deal has dominated the media discussion: 1) it is worth $100 million; and 2) his wide-ranging listeners feared the deal would change the show.

Yesterday, the second fear proved well-founded. Spotify uploaded Rogan’s archive with past episodes but noticeably left off some of the most newsworthy: the appearances from Alex Jones.

Jones is wild, dangerously unpredictable, and the poster child of tech de-platforming. Which is why he’s so important to Rogan’s legacy. Personalities like Jones are what made Rogan’s podcast distinctive.

The Joe Rogan Experience welcomed everyone. And allowed them to think and say anything. From comedians to fighters, from pundits to entrepreneurs, from independent thinkers to conspiracy theorists. If JRE has an identity, it is that all conversations are permitted. — no holds barred.

It’s unknown if Rogan signed off on this. Rogan, more than anyone else, has fought back against cancel culture and suppression of free speech. Rogan has yet to comment on the missing episodes.

Furthermore, this revelation wasn’t launch day’s only head-scratcher. Spotify’s video feature, which is key to Rogan’s success, is a mess. It’s glitchy, doesn’t pop up on desktop apps, and often says it can’t play in “my location.” If that isn’t an error, it means Michigan can’t get Joe Rogan…

Other stories on Outkick:

“The NBA’s two-year ratings tank just took tanking up another notch.” NBA playoffs are down big.

Candace Owens and Cardi B got into it over “WAP.” It ended with a first-round KO. Enjoy. 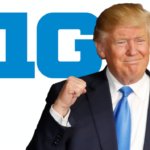