One of the big pop culture storylines here at OutKick going into the 2022 season is whether Aaron Rodgers’ girlfriend Blu of Earth, who has had to publicly dismiss rumors that she’s a witch, will actually show up at a Packers game this season.

Trust me, it’s an all-hands-on-deck situation as we watch one of the most fascinating stories of the last decade unfold. We have a back-to-back reigning league MVP in some sort of relationship with a shaman medicine woman; the quarterback told us during the offseason that he went on a psychedelic trip where he found self-love and it led him to “unconditionally” loving himself.

Blu was proud of Aaron for opening up and showing his emotions.

“Changing history and forging the future one courageous truth at a time. Legendary moves,” she wrote about Aaron in August.

Now the question becomes, will Blu, who just went on a similar self-love journey at the Burning Man festival in the northwestern Nevada desert, combine spiritual forces with Rodgers and help send the Packers back to the Super Bowl, a mountaintop Aaron hasn’t climbed since February 6, 2011. 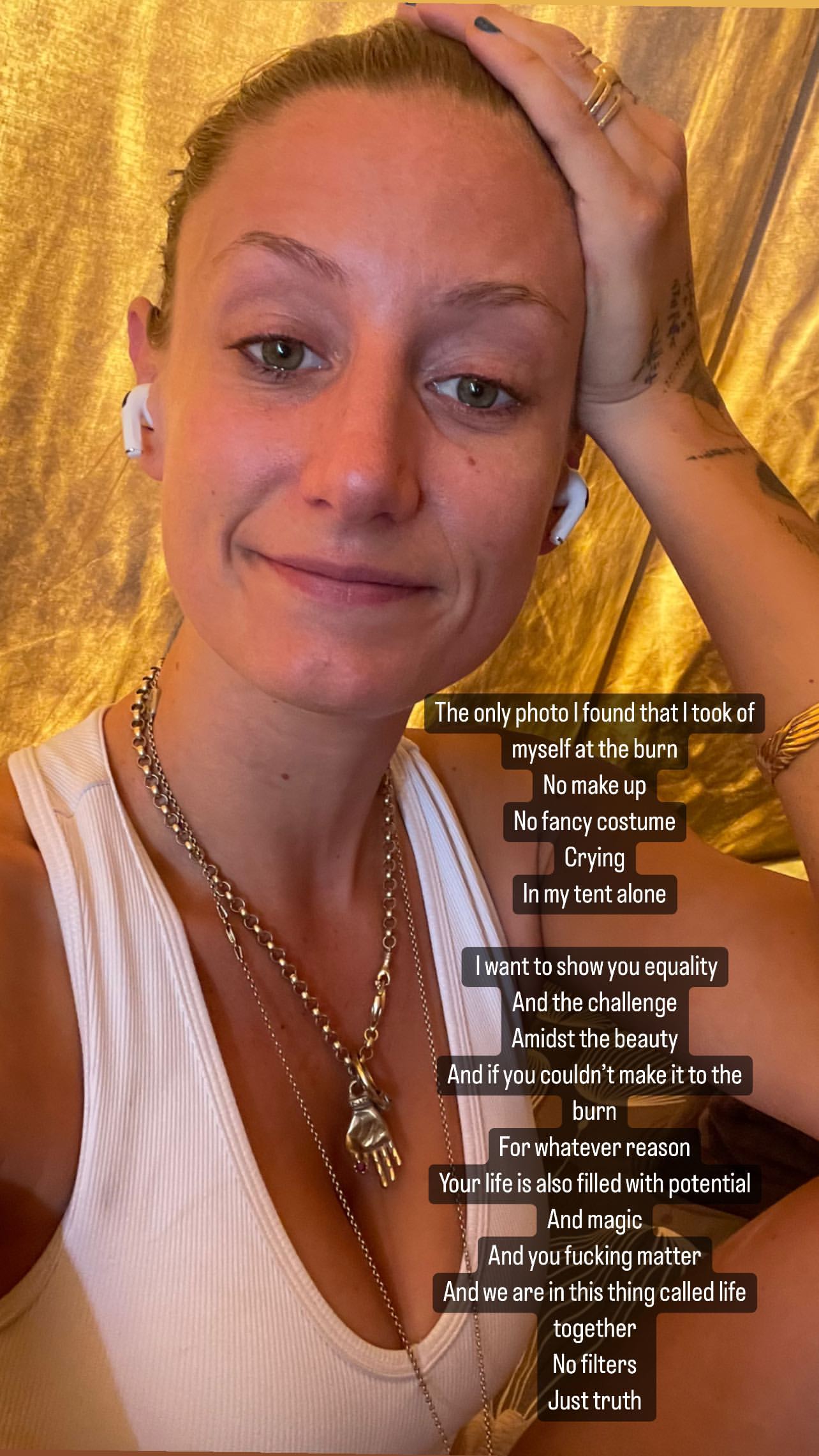 “Your life is also filled with potential and magic,” Blu wrote of her journey. “And you f–king matter and we are in this thing called life together(.) No filters (.) Just truth.”

Was this message aimed at Aaron as the Packers prepare to enter battle Sunday in Minneapolis against the Vikings? As with many of Blu’s deep thoughts, it’s unclear if she is talking to Aaron or her Instagram Nation filled with women looking to go on their own journeys.

But the OutKick i-Team does know that Aaron is on Blu’s mind. She hammered the like button on Rodgers’ latest Instagram post showing a young Aaron and current Aaron meeting on the field after 18 long years in the NFL.

As with most Aaron content these days, it’s DEEP AF and right up Blu’s alley. 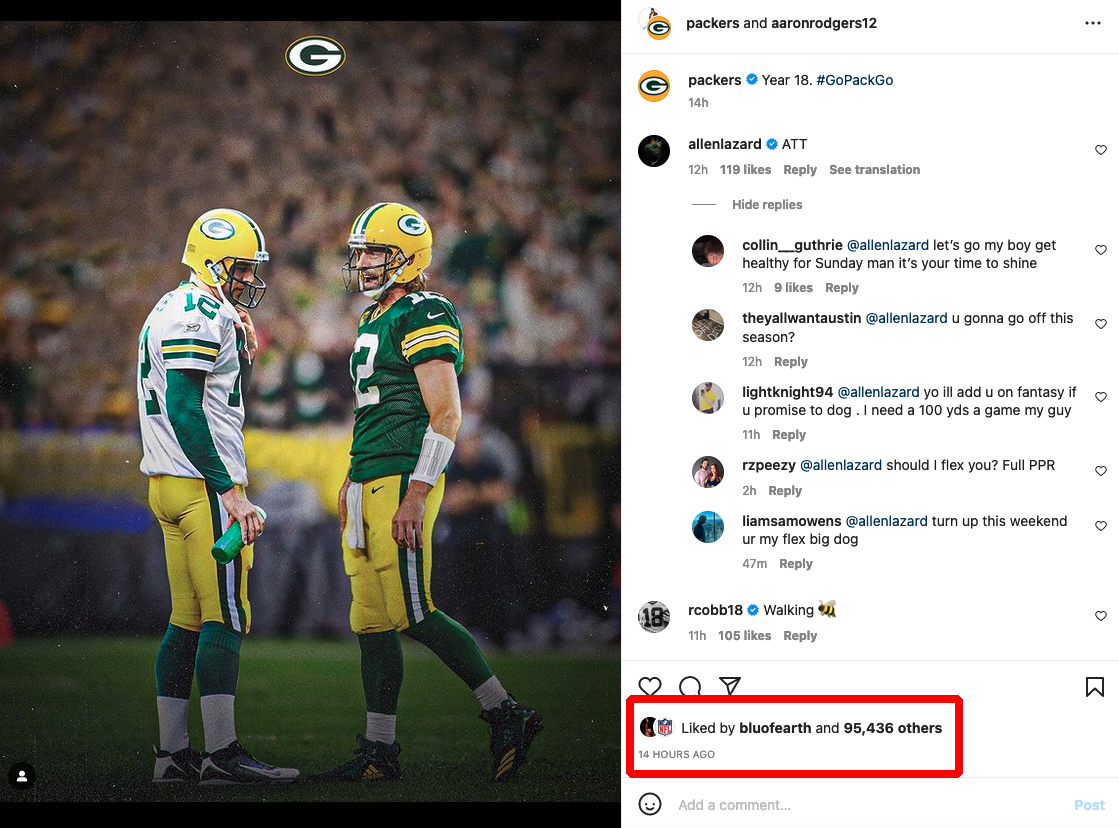 There’s still so much mystery surrounding this relationship that Blu isn’t denying exists.

“I got lost physically and emotionally in a whirlwind of dust(.) I wept(.) And wept,” Blu wrote about the trip she went on at Burning Man.

That’s the journey I want each and every one of you to go on during this NFL season, except I want you to get lost in a whirlwind of last-second touchdowns, emotional outbursts when your quarterback throws a game-ending pick six and share in mystical moments when Bengals’ kicker Evan McPherson smokes a game-winning field goal from 58 yards out.

Blu, lead us to the lights of SoFi Stadium. We’re ready to jump on the mothership.