We knew it wouldn’t take long until Vice President Kamala Harris claimed her place among the OutKick Woke Hacks of The Day. 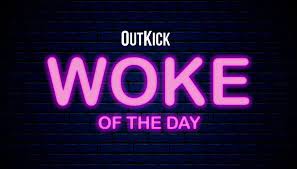 Outside of newsrooms, no one has ever liked Kamala Harris. And now, even her most supportive media allies are beginning to give up on the dream that she could one day become president of the United States.

The Washington Post previously ranked Harris as the best Democratic candidate for the 2024 election, hoping to drum up support. Of course, that didn’t work. So on Monday, The Post dropped Harris to third, acknowledging her struggles as VP:

“Being vice president is certainly a good launchpad, but it’s not at all clear Harris has put it to good use. Her numbers are similar to Biden’s, and she’s done little to change the perceptions that harmed her 2020 campaign, including on her ability to drive a message.”

The Post essentially ranked Harris third because she is the sitting VP. Based on the blurbs for those behind her, she may have missed the list entirely if Democrats didn’t force Joe Biden to name her his running mate.

The authors argue that if Biden runs, he “won’t have the field to himself — and that he might not be the most likely nominee” because of his plummeting popularity. Perhaps.

The Democrats will need to dress up one of those candidates as a moderate face for a radical agenda and hope it fools enough voters in these six states.

But that won’t be Harris. Even on an atrocious list, she stands out as the worst of the worst. Well, along with Gavin Newsom.

Kamala Harris will never be president.