What a weekend it was from those looking to be outraged over moments of racism. The usual suspect blue checkmarks were LIVID Sunday over what they deemed to be a Rockies fan yelling the n-word at a black Marlins batter when it turned out he was yelling “DINGER” at the Rockies mascot. Meanwhile, early Sunday morning, Packers wide receiver Devin Funchess was issuing an apology for an anti-Asian slur during a press conference.

During the press conference, Funchess said he could tell when reporters were smiling because their eyes would “go ch–ky.”

Alerted that this was a problem, Funchess fired up his ‘Notes’ app to pen the apology.

“I have grown to develop deep personal and business relationships in the Asian community!” Funchess wrote into Notes.”I meant no harm, and those that know me know I have love and respect for all cultures and people. I will learn from this and continue to grow as a person. I’m forever sorry!”

BOOM, end of the story for the usual suspect blue checkmarks. It disappeared. Don’t take my word for it. Take the word of ESPN staff writer Joon Lee, who was frustrated Sunday over the lack of media coverage of this incident. We’re talking in less than 24 hours the sports world had moved on from Funchess.

MLB and Rob Manfred suspended Yuli Gurriel for doing the slant-eye gesture during the World Series, but let Gurriel play the rest of those games and serve his suspension the following season

There should be no tolerance for casual racism towards the AAPI community pic.twitter.com/pHrYb0nWVP

What’s the point here? Well, look what’s on the main sidebar this morning over at ESPN.com. The wokes at the Worldwide Leader sure aren’t ready to let go of the Rockies incident that the team cleared on Monday. 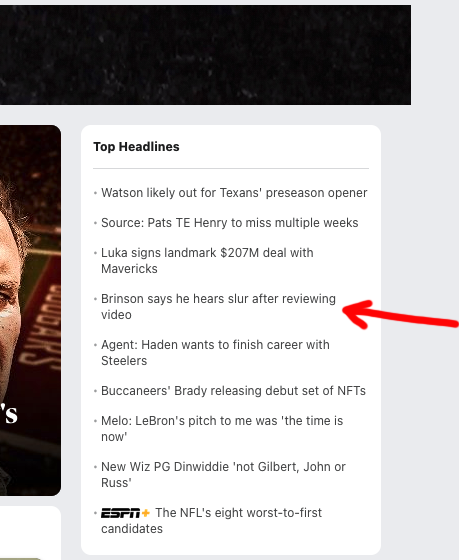 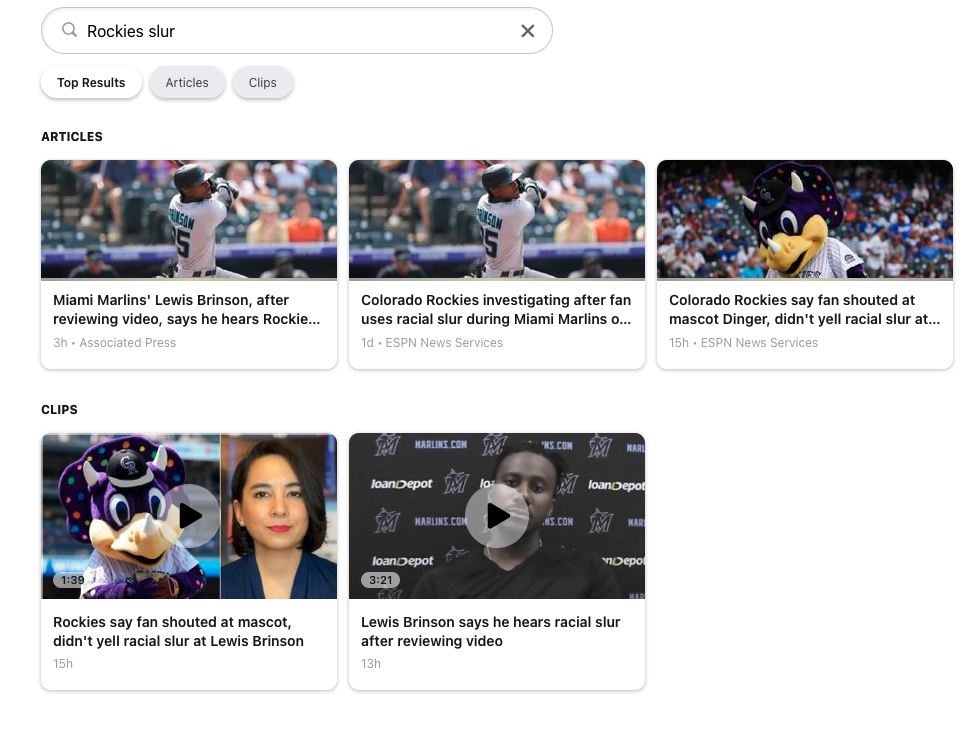 And now the Funchess anti-Asian slur content from ESPN. One item and done: