A few weeks ago, when I knew I was officially coming to OutKick and would have to write one of these meet-n-greets, I didn’t quite know where to start.

I could talk about how frustrated (and that’s putting it mildly) I’ve been over the past few years with what the “mainstream media” had become.

I could talk about how tiring it was to read the same thing, with the same spin, every single day. No original thought allowed. No letting the reader decide what to think.

What the AP (or the Times, or the Washington Post) says, goes!

I could’ve started with all of that … but then I read Clay Travis’ takedown of ESPN’s disgusting July 4 column by Howard Bryant.

Clay’s rebuttal was great, but it wasn’t until he said something at the end that I realized, ‘Yep. That’s it. This is why I want to come here.’

“And the fact that OutKick is the only sports media site in the entire country that would even publish a piece like this, is why we are thriving and 2022 will be our best year ever.”

I’ve always loved writing – it’s supposed to be fun, you know – but, frankly, I never thought I’d last long in this climate. OutKick is one of the few (only?) places that allows you to write, and think, differently. 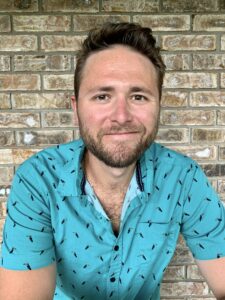 It’s a weird concept, I know, but the opportunity to write about something with no predetermined narrative, and then let the reader decide what to think, appealed to me. Call me old school!

So that’s what you’re gonna get from me … the facts, a little sarcasm, some humor, a whole bunch of exclamation points, a few parentheses here and there (if you couldn’t tell), and hopefully a break from the nonsense.

I’ve covered NASCAR for years and think I do a pretty good job of recapping it every Monday morning, will die on the Tua Tagovailoa mountain (this is the year, I promise!), and I still think Tiger Woods has one more major in him. There, I said it!

That’s just a glimpse, but there’s plenty more to come. After all, we are entering the most wonderful time of year!

I can’t wait to get started.

In the words of a young Eldrick …