Tim Tebow and Urban Meyer, who are tied together at the hip in the college football history books, are now practically neighbors after Meyer and his wife, Shelley dropped $2.1 million for a house two down from Tim’s place inside the gates at the Glen Kernan Country Club. Imagine not wanting to go all the way to Publix to grab a stick of butter. Urban can jump on a bike and be at Tim’s front door in mere seconds.

Just think of all the football stuff that’s going to be going on between these two in the neighborhood. Film studies. Running through brick walls. Lemonades while watching college games. Thursday night cookouts on Urban’s porch. Tim’s dogs wanting snuggles from their second parents. Miss Universe Demi-Leigh Tebow running down gluten-free cookies she backed. Shelley having an open-door policy and treating these two like her grown adult kids.

The Meyers’ new house features four bedrooms and five bathrooms spread over 6,200 sq. ft., according to a Realtor listing. It’s a nice house with nice amenities like an elevator, but let’s be honest here, this is the chance for Urban, 56, and Tim, 33, to spend time together. I can see Friday nights where Urban is coming home from work and he spots Tebow out in the driveway throwing deep spirals for the dogs to chase after.

Urban pulls in and guys do what guys do. How’s the job? Do you need someone to fill a tight end roster spot? You free to play 18 tomorrow morning before the wife wants to run some errands? What’s for dinner? What’s the pool temp? I heard you were looking at new cars? Who’s putting in your pool party bar?

Urban and Tebow…back together again. It’s a beautiful sight to see. 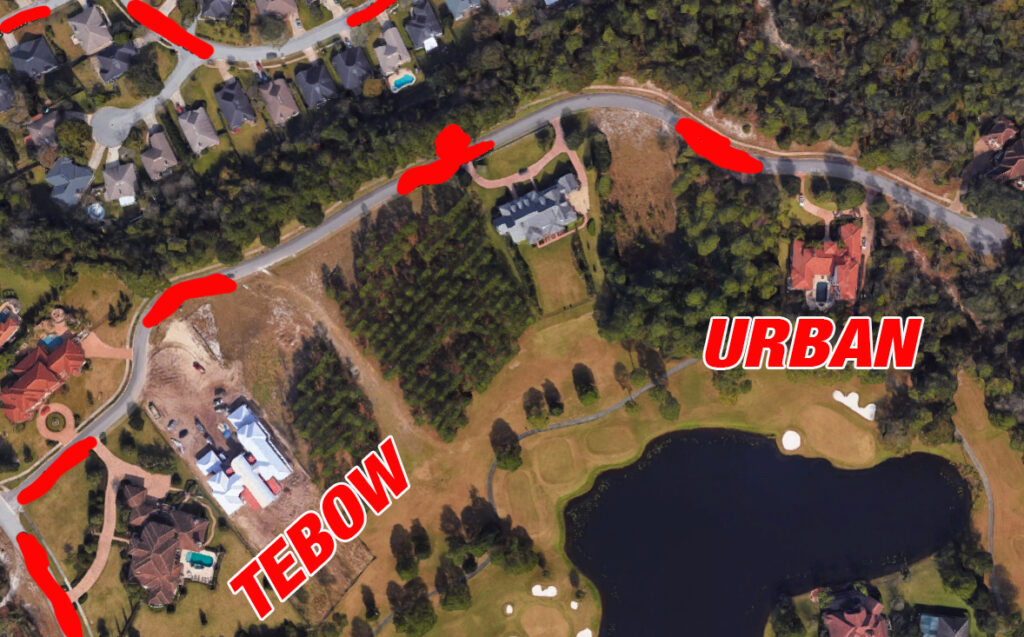