I hate to be the bearer of bad news, Packers fans, but Aaron Rodgers’ future mother-in-law has officially entered the fray that just won’t go away between the future Hall of Fame quarterback and the Packers front office. Lori Woodley, whose daughter, Shailene, is wearing an engagement ring, spent her Wednesday dropping a “Spoken truth” bomb retweet on a Screamin’ A. Smith video where he goes in on what Aaron Rodgers is trying to tell the Packers and the world.

“He doesn’t want to be a part of the Packers,” Stephen A. says at the end of his Rodgers vs. the Packers rant.

And again, Lori Woodley, the future mother-in-law, is flat out saying this is “Spoken truth.” WOW. Folks, if you thought it was a hot take to say Rodgers could retire or sit out the 2021 season, you best be rethinking that position.

In case Lori gets cold feet and deletes it: 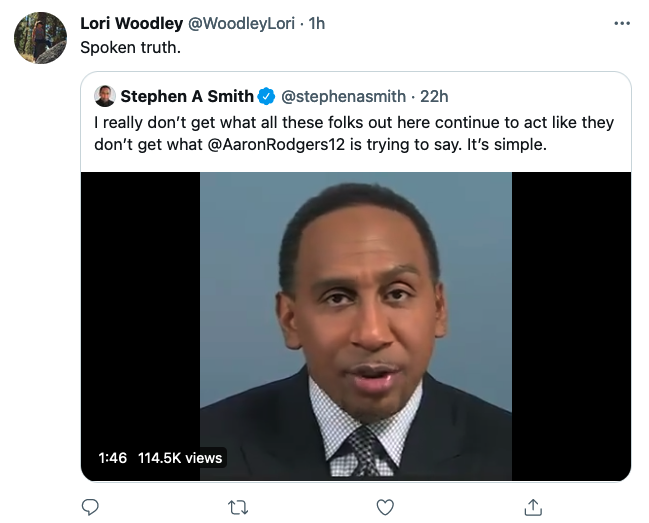 We’re talking an all-out dropping hints assault from Team Rodgers-Woodley right now to the Packers front office. Shailene, who famously told Jimmy Fallon in the spring that she’s never been to a Packers game and had never seen a football game at all before meeting Rodgers, seems to feel the same way as mom.

Again…he doesn’t want to be a part of the Packers…that’s what they’re retweeting here. This is what general manager Brian Gutekunst is up against here. The guy has to please momma-in-law bear and a woman who’s been arrested for protesting pipelines. Shailene has used Twitter to retweet four things this year. One of those retweets was used on the message from Screamin’ A. THINK ABOUT THAT, BRIAN.

Good luck getting Rodgers back, BRI. 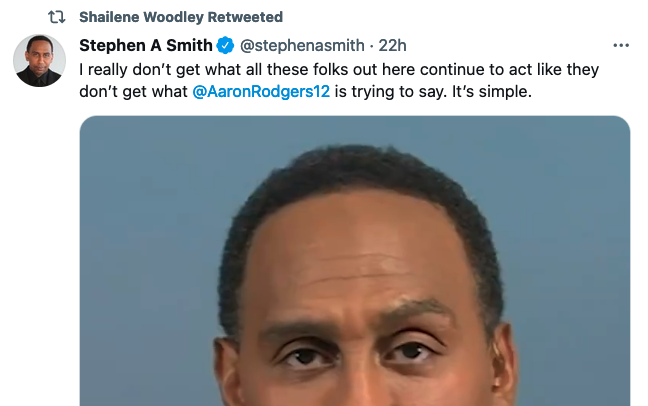