Lawrence is roundly projected to be among the first one players picked in the NFL Draft and if this season does or does not happen very little will change that. He has spent the last few days being the most vocal supporter of getting back on the field.

He may be the most important voice in the matter.

He confirmed his desire to play by telling reporters that he will be back on the field, if he and his teammates are allowed.

“I don’t want to give up that opportunity to play another year at Clemson,” he said. “I’m really excited to have at least one more year here and I wasn’t ready to give that up.”

Lawrence, who got engaged just over three weeks ago and already had to defend his coach for a “football matters” t-shirt this spring, could end his career as one of the most decorated players of all time.

He has already won a National Freshman of the Year, an ACC Rookie of the Year Award, a College Football Championship – where he was named the MVP of the game, played in a second championship and is on pace to set numerous Clemson records that would unseat DeShaun Watson from the books.

The simple fact remains that there is a battle between the liberally principled University presidents in major conferences and the players and coaches who want to be on the field.

Having the best player on what could prove to be the best team may be the greatest advocate for seeing college football this season. Even if he does not need to play another snap. 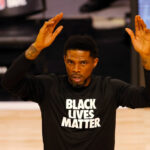 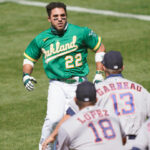