Last October, when Daryl Morey was under fire for tweeting support for Hong Kong protestors, Warriors coach Steve Kerr punted on commenting on the issue, saying it wasn’t an issue he was versed in. This struck many observers as peculiar and craven, considering that Kerr has been outspoken about social justice issues in the United States.

With a number of months gone by, Kerr has had some introspection about his voice or lack thereof in this saga. In a recent interview with Candace Buckner of the Washington Post that was brought to my attention in a story by Eric Ting of SFGate.com, Kerr volunteered that he handled the situation “very poorly” and if he had a mulligan he’d defend Morey’s right to free speech.

Buckner tweeted the transcript of this portion of their conversation: 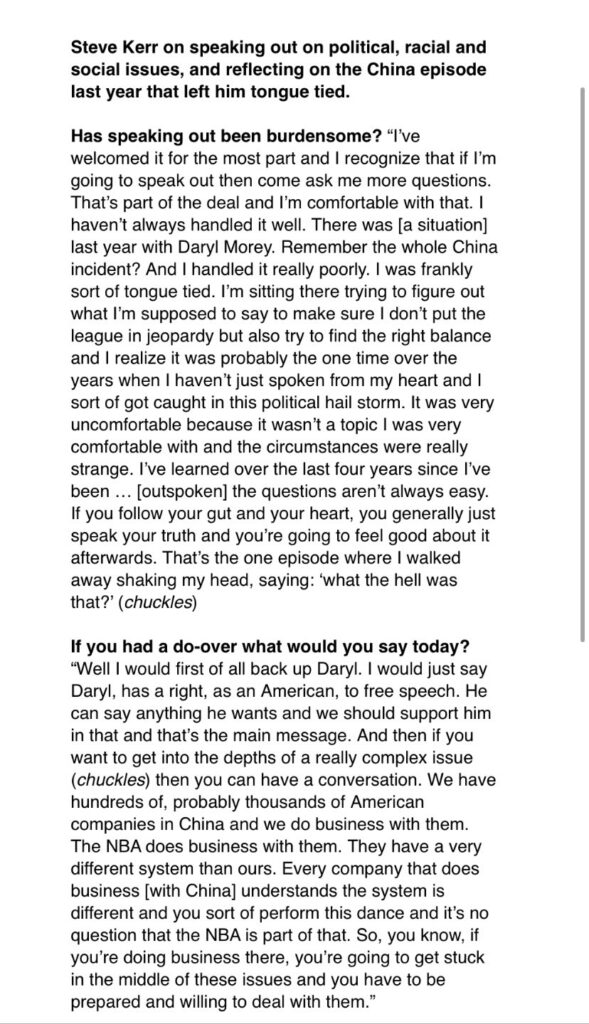 As SFGate pointed out in their story on this, Kerr did not in this portion of the conversation condemn atrocities against Uighur Muslims in northwest China or defend the right of Hong Kong to continue capitalist sovereignty. Nonetheless, it’s at least refreshing that he not only realized he handled the initial situation poorly, but volunteered that feeling and wishes he did a better job.