Yesterday, Max Kellerman called out the entire SEC claiming its residents are “susceptible to low-quality information and propaganda.” And thus, in Kellerman’s mind, why they vote for President Donald Trump. (He had no opinion on those who live in New York and are going to vote for Joe Biden.)

Kellerman didn’t back down today. Instead, he did it again. This time about Fox News. All of them. The network, employees, and its viewers.

When discussing Brian Urlacher’s criticism of protests, Kellerman said he was “susceptible to low-quality information” presented by Fox News.

His co-host, Stephen A. Smith did not take this kindly. Smith said that you can say the same thing about CNN and MSNBC. It then got heated:

The best part of the discussion is Kellerman claiming the New York Times and Washington Post are high-quality. Yes, the two newspapers that have taken left-wing partisanship to new heights.

It’s also laughable to claim that Fox News is more biased than CNN and MSNBC. I present to you the following: Rachel Maddow, Brian Stelter, Chris Cuomo, Chris Hayes, and the worst of all, Don Lemon.

By the way, you know what network is more untrustworthy on political topics? Hint: it once covered sports.

You can buy the T-shirts here at Outkick. 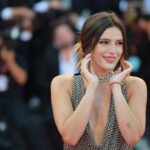 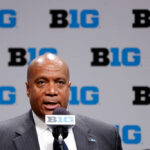