Max Kellerman, speaking in a segment on First Take today about what all of the ongoing protests in the NBA and canceled practices mean in the NFL, said that President Donald Trump’s base voters in the SEC “seem to be susceptible to very low quality information and easy to propagandize and almost immune to facts”:

Max Kellerman says Trump's base voters in SEC "seem to be susceptible to very low quality information and easy to propagandize and almost immune to facts" pic.twitter.com/TNNz1yOosj

“You made the argument a couple weeks ago, you thought if SEC football wasn’t played that could swing the general election because people in Trump’s base would be very upset that they didn’t have football, which is practically a religion down there,” Kellerman said, speaking to Stephen A. Smith. “I disagreed because he would simply shift blame because the pandemic is raging. They seem to be susceptible to very low quality information and easy to propagandize and almost immune to facts. Because, as Kellyanne Conway, Trump’s advisor, said, they have alternative facts. If they stay in their propaganda silos — like the Fox News propaganda silo — it wouldn’t matter what happened because they’d say the handling of the pandemic has been great. The handling of the pandemic has been the worst in the industrialized democratic world, by far. By far, in the United States, at a federal level, it’s been a disaster. And as a result we’re dealing with this pandemic. And yet I didn’t think that would affect voters because the blame would be shifted.”

You can watch the full segment here.

“If the NFL doesn’t play football — I think the NFL players have a lot of power here — if they don’t play football, at a certain point, the core will remain but the [NFL] football base goes all throughout the country,” Kellerman continued. “It doesn’t just hit one or another’s political base, but insofar as there’s a such thing as swing voters still, it would absolutely affect some of them. If the NFL season isn’t played or it’s interrupted, as a result of social justice issues — and of course we all understand this is against the backdrop of the pandemic … I know we exist in this sports bubble and we have this outsized idea of the effect of sports, but I think that might actually have political consequences in a general election.”

The SEC conference recently agreed to a blockbuster deal with ESPN and Disney for them to be their exclusive rights partners; the SEC Game of the Week will move from CBS to ESPN/ABC after the 2023 season. It is unlikely that the conference will be enamored about this characterization of some of their fans. 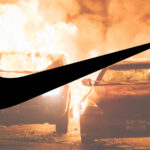