The Antwon Rose social justice helmet sticker drama in Pittsburgh took another turn on Thursday when safety Minkah Fitzpatrick said the sticker decision “came from upstairs.” Fitzpatrick told Pittsburgh Tribune-Review sports reporter Chris Adamski that the players “briefly” discussed the name that would appear on their helmets this season.

“We talked briefly about it, but it was mostly made by people upstairs,” Fitzpatrick said. “Don’t know exactly who. Don’t know exactly how. We knew we were going to have somebody on the back of our helmets. It wasn’t exactly clear who it was going to be.”

“It was mostly made by everyone upstairs.” It’s unclear who “everyone upstairs” is referring to and the Steelers have yet to make it known who ultimately made the decision to honor Rose.

Fitzpatrick’s comments came on the same day Steelers offensive lineman Maurkice Pouncey released a statement saying he’d “inadvertently supported a cause of which I did not fully comprehend the entire background of the case” by wearing Rose’s name on his helmet.

The Steelers announced Monday the team would be wearing Rose’s name on the back of their helmets for the entire 2020 season, but now there appears to be a level of uneasiness as players are starting to become aware of the Rose story.

In June 2018, 17-year-old Rose was a passenger in a car that was pulled over after being identified as being involved in a drive-by shooting. East Pittsburgh police officer Michael Rosfeld pulled over the car, which showed signs of bullet holes, and was in the process of handcuffing the driver, who turned out to be an unlicensed cabbie, when Rose and fellow passenger Zaijuan Hester started running. Rosfeld would later testify he thought one of the two pointed a gun at him and he shot Rose.

Rose was found to have gunshot residue on his hands and an empty 9-millimeter magazine in his pocket. Police said the magazine matched a stolen 9mm found under the seat where Rose was sitting in the car. The victim of the drive-by shooting told police it was Rose who shot him. “The beef was between me and him, that car came by, he shot me, I ran to the store.” Video of the drive-by shooting would later show the shots came from a backseat where Hester was sitting, according to police. Hester eventually plead guilty to the drive-by and was sentenced to 6-22 years in prison.

The Rosfeld homicide trial would last four days and the jury, which included three people of color, deliberated for four hours before finding the police officer not guilty.

Steelers offensive lineman Alejandro Villanueva was the first member of the team to go in a different direction with his helmet. He chose to honor Silver Star awardee, Alwyn Cashe, on his helmet and Pouncey said in his statement that he will now make his own decisions on the name to wear on his helmet.

Rose’s mother, Michelle Kenney, this week blasted Villanueva in a now-deleted Facebook post. “The Pittsburgh Steelers took a team vote. Obviously, one person didn’t like the results, so they chose to do something different,” Kenney wrote.

“I have nothing against vets and absolutely appreciate everything that they have done and continue to do for us,” Kenney continued. “But this one person showed us exactly who he is and obviously he didn’t approve of how the vote turned out.”

Kenney wrote that now she’s going to hold the Steelers even more accountable now that this whole situation has turned into a fiasco.

“Yes, I believe in second chances, but as we all know I believe in putting in the work and that’s how I base my collaborations,” she wrote. “They came to me as a team/organization and I don’t care how good of an individual you are, if you are not a TEAM player, then maybe you are playing for the wrong team.”

Kenney appears to be referencing the impression given to her by Mike Tomlin during a call that the entire team would be honoring her son.

Now it’s time to figure out who “upstairs” made this decision to present the players with Rose as their choice for the helmet sticker and how much information was given to the players about Rose’s story.

Witness the discomfort level Minkah Fitzpatrick has in being forced to be an unofficial spokesman for the Steelers’ players today as the helmet-name situation swirled with controversy (sorry for the Zoom-related video interruptions) pic.twitter.com/LRpPG87c78 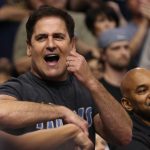 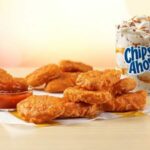