Rudy Gobert, the center for the Utah Jazz, posted what initially appeared to be a cryptic message on his Instagram stories today, a blue background with the wording “Wrong is wrong”: 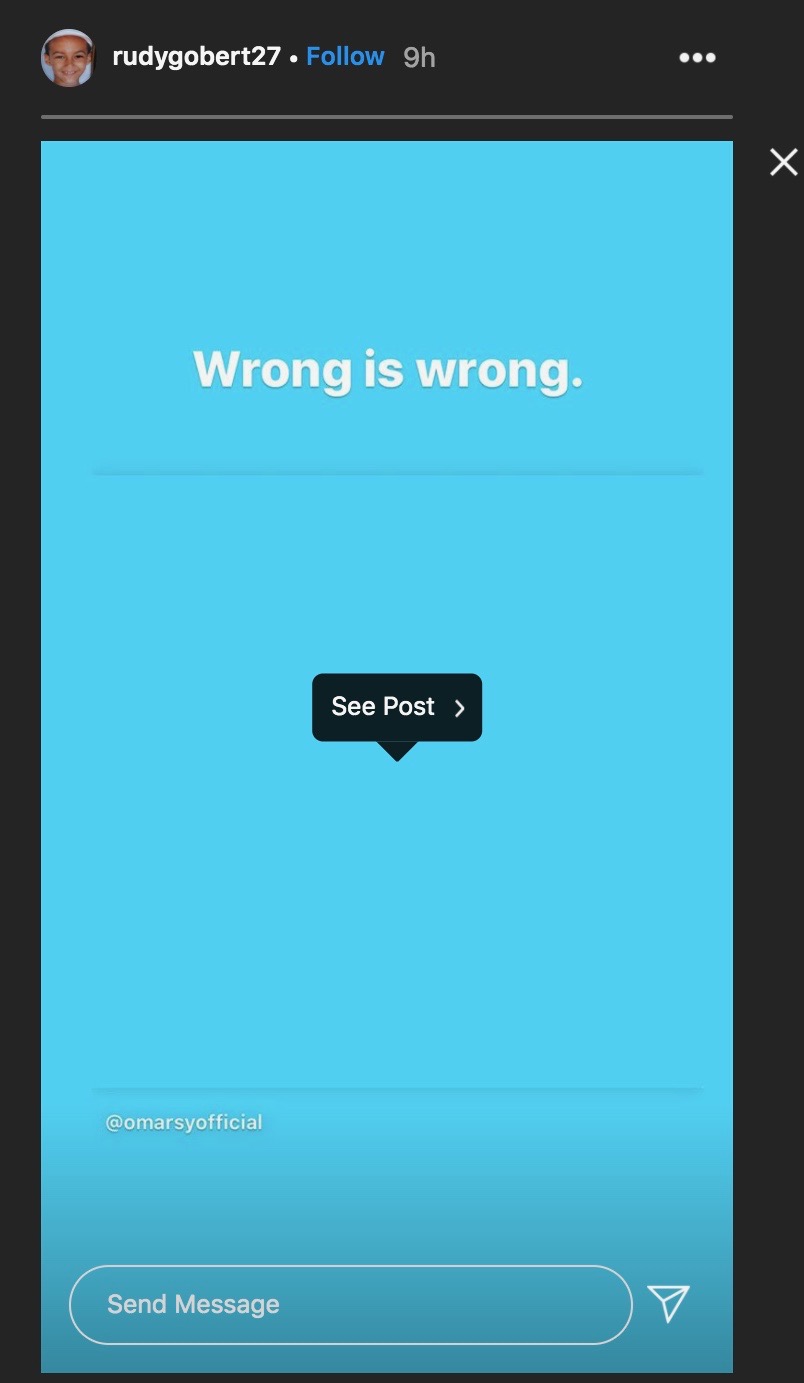 When you click through on the see post button while looking at the story on Instagram, it takes you to French actor Omar Sy’s page and an entry about Uyghur Muslims in concentration camps in China:

Last October, Kyrie Irving indicated, relatively un-specifically, that he expressed private concerns about China and human rights to NBA commissioner Adam Silver last October. “I don’t know whose notes, or who is in there that you can’t really depend on to keep a conversation like that in house — especially when it is about the NBA brand and the NBA players being impacted by it,” Irving said, via ESPN. “I stand for four things, man: inner peace, freedom, equality and world peace. So if that is being conflicted inside of me, I am definitely going to have something to say, and I left it in that room.”

Nonetheless, I believe Gobert’s Instagram story, which required clickthrough to know exactly what he was referring to, is the first public acknowledgement of concern from a current NBA player about atrocities in China against the Uyghur population.

It also came out in a bombshell story from ESPN that the NBA had their name brand on a number of player development camps in China where minors were allegedly abused; the NBA shut down a camp in the Xianjiang region, the police state in China where the Uyghurs are persecuted.

The way that China reacted to a tweet from Morey, which was relatively innocuous by American standards, makes it worth monitoring to see if the country gets similarly up in arms over Gobert. It will also be interesting to see if other star players that make a lot of money in China through sneakers and other exhibition tours like LeBron James, who ripped Daryl Morey, will react to this social media post.