The football being played in Birmingham through two weeks of the inaugural season of the new United States Football League is improving, and some teams are coming together much faster than others.

While the TV broadcasts from FOX and NBC have produced new elements to enhance the games for fans, the USFL is not a league filled with gimmicks and rules to inflate stats and scores. The USFL is about football, and each Head Coach is in a race to see which group can become the most cohesive team by the end of June. 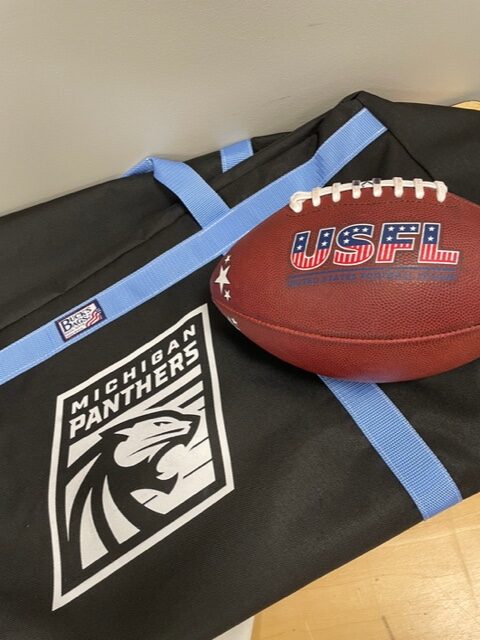 Fisher was referring to Lance Lenoir Jr., a receiver who spent time on the Dallas Cowboys practice squad. The former Western Illinois receptions leader was filling the role of Fisher’s Week 1 punt returner Orion Stewart, a defensive starter who was out for a week due to an injury. The Generals feature a left-footed punter, and Fisher wanted to make sure Lenoir was watching how the ball would come off the punter’s foot, a small nuance and detail that the USFL practice week doesn’t allow him to duplicate until right before the game.

“There he is. OK, good. He’s down at the other end watching the punts.”

Lenoir wasn’t hard to find. The 38-man rosters don’t make for a crowded warmup, but they also don’t provide many answers if things go wrong in a game.

“Did you see what I was talking about with the spin and direction?” Fisher asked Lenoir as the team jogged into the visiting locker room after pregame warmups. “Just do your thing. Look over to me and I’ll get you lined up where you need to be.” 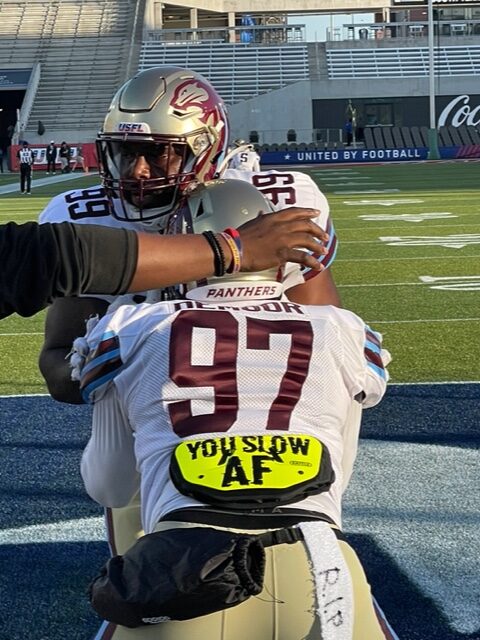 The weekly install from coaches continues well into the regular season, even during the game. OutKick spent the weekend in Birmingham and the early storyline is simple to figure out.

The Birmingham Stallions, Philadelphia Stars and New Orleans Breakers are out to a hot start due in large part to Head Coach/Quarterback familiarity. Others, like Fisher’s Michigan Panthers and Kirby Wilson’s Pittsburgh Maulers, are struggling to find points and offensive consistency.

“If you’re sitting down right now get your ass up!” Fisher told his frustrated offense at halftime of Friday’s Week 2 10-6 loss to New Jersey. “Are you pissed? Are you pissed off? Go get a first down, and then stack another first down. Then score. Let’s put together a drive and get some points on the board, then the defense will get us a 3-and-out.”

The defense did its part. That’s one area Fisher’s club doesn’t have to worry about. They’re good at keeping points off the board. The major problem is the offense has yet to kick it into gear, including top pick Shea Patterson. The former Michigan Wolverine quarterback completed just 48 percent of his pass attempts on Friday, but when Patterson’s Panthers did drive into the opponent’s territory, the kicking game gave them zero chance of finding any positives from a stalled drive.

Patterson just stared at the scoreboard after the 15-play drive produced 0 points. The look of frustration from a quarterback and offense still trying to find cohesion, with the realization that right now it’s end zone or bust due to their current special teams situation. This isn’t a Panthers-only issue in the USFL right now. It’s a storyline for several clubs across the league. OutKick just happened to be behind the scenes with the Panthers as they work things out. 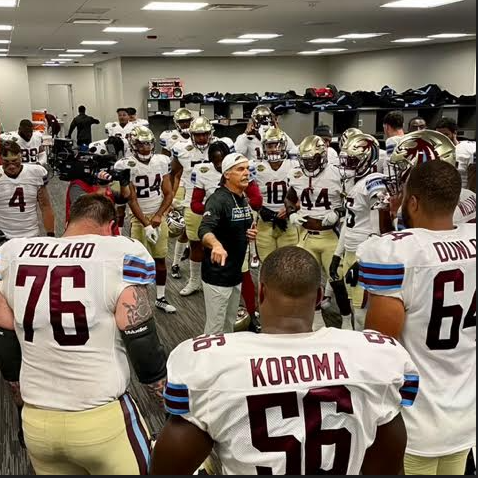 It shouldn’t come as a shock that overall quarterback play has been bad through the first two weeks of the season. Inaccurate throws and poor decision-making have paired with poorly-planned route structure and plenty of protection issues. These are predicted problems with only three weeks of practice before beginning the regular season.

That’s not to discount some solid play and highlight moments — an offensive firepower the league hopes to showcase more of as the spring progresses.

The Birmingham Stallions are 2-0 thanks in large part to the strong play of QB J’Mar Smith. Stars QB Bryan Scott might be the top player in the league right now, and New Orleans Breakers QB Kyle Sloter – one of several signal-callers with NFL experience – is already battling a left wrist injury, a shoulder issue and a groin pull, but continued to play and led the Breakers on a highlight-filled touchdown drive in the first half against Houston on Sunday.

It’s no coincidence all three quarterbacks are familiar with their head coach and offensive terminology, allowing all three teams to sprint out of the gate of the 10-week regular season.

For teams like the Michigan Panthers and QBs like Patterson, it’s time to find points and win a game before the season heads to the cellar. There were bright spots for Patterson, like a scrambling 4th and 20 conversion to keep the two-minute drive alive at the end of the game, or his connection with Lenoir Jr. late in the second half after the duo worked on route concepts during what is an extremely quick 10-minute halftime break.

Ultimately, though, it was another loss after a final play at the end zone fell short, same as in Week 1.

It’s back to the drawing board for Fisher and offensive coordinator Eric Marty.

“Defense, keep it freaking going,” Fisher told his team in the postgame assessment. “Understand it takes (the offense) longer to get going with the short time we had to get ready. We’re going to get the offense rolling.”

The Panthers (0-2) had a quick turnaround from Easter Sunday to their Week 2 Friday night kickoff, but now have extra practice time to find some answers. Their Week 3 matchup is Sunday at 1:30 against the 0-2 Maulers, a team Fisher, his staff, and Patterson all scouted from a box at Protective Stadium Saturday afternoon.

Jonathan Hutton hosts OutKick 360 each weekday afternoon. He spent 16 seasons as the gameday host and sideline reporter for the Tennessee Titans Radio Network and covered the biggest NFL events. Follow @HuttonOutKick on Twitter/Instagram.