I know Nic Moses even though I never met Nic Moses.

If you look closely at the background of the OutKick 360 studio set you’ll find a stone marker with the inscription “Nic Is Here!”. It’s in memory of Sgt. 1st Class Frederic Nicholas “Nic” Moses, a decorated Green Beret who died 10 years ago at the age of 26. 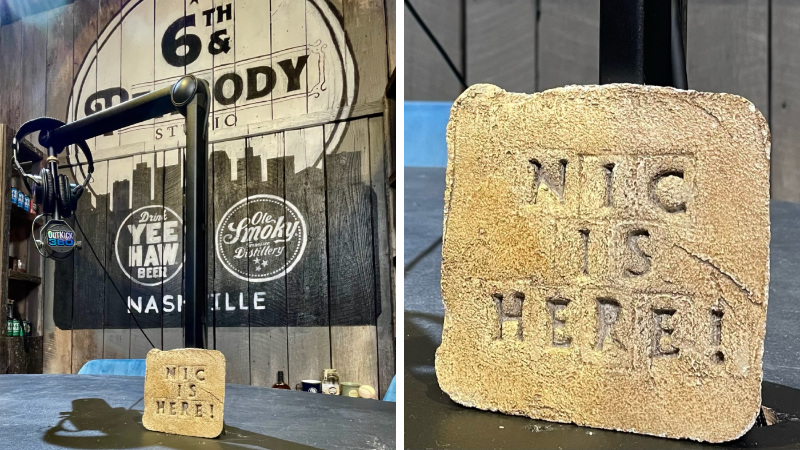 Two of his closest friends are also great friends of mine, and if you’re hanging with me, Chad or Paul in Nashville, chances are Craig Nance and Aaron Bell are close by.

And every weekday afternoon, so is Nic Moses of the 5th Special Forces Group.

Craig and Aaron asked us if we’d allow them to display their ‘Nic stone’ in the studio with us so his family and friends could tune in to see him through the same memorial marker his brothers, sisters and closest friends received at his burial in 2012. Their hope is he continues to live through listeners who ask us “so what is that all about?” when getting a tour of 6th and Peabody or while interacting in the livestream chat.

This Memorial Day weekend, I’m telling his story (from what I’ve learned through his closest friends) because I believe it’s important to put a face with those who sign up for military service, willing to lay down their life for their country. 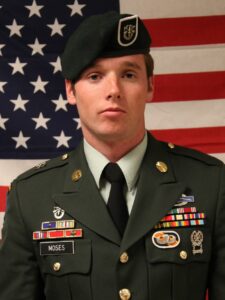 Nic joined the army as a 19-year-old student at Missouri State University and quickly became known for his dependability by his superiors and his sense of humor by his peers. He loved his family, music, movies and the St. Louis Cardinals.

Over a five year span from 2007 to 2012, Nic completed three deployments to Iraq for Operation Iraqi Freedom and Operation New Dawn, then a fourth deployment to Afghanistan for Operation Enduring Freedom. He had just returned to Fort Campbell, Kentucky for a brief training cycle on March 6, 2012, after which he was scheduled to rejoin his team in the Baghlan Province of northern Afghanistan to continue fighting al Qaeda terrorists.

Nine days after returning to Fort Campbell for special training Nic was shot five times in his home by a former Army soldier, Benjamin Schweitzer, who was staying as a guest in the house. Moses and Schweitzer had both been assigned to the 5th Special Forces Group of the United States Army, but Schweitzer had reportedly just been demoted and later testified in court he had taken ketamine that night, and later woke up believing Moses was an intruder in the home. A jury found him guilty of reckless homicide, and he received a maximum sentence of four years in prison.

The details of Nic’s death aren’t where the focus should be. Instead, we should be inspired by his bravery and his passion for serving his country for four tours, something he did in large part to protect our freedoms, but also to see the world and develop a greater appreciation for life. 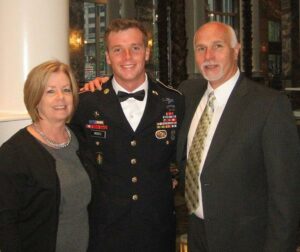 These are things Nic believed in, and what he echoed through an essay he copied to his mother in a 2010 email.

Edmund Carpenter II was only 17 in 1938 when he wrote “Before I Die,” a look at five things he wanted to experience in life before he died. There are several similarities between Moses and Carpenter. Both served our country, and like Nic, Carpenter was awarded a Bronze Star for his military service. And both checked off all of the life goals from the essay.

“Before I die I want to know that I have done something truly great, that I have accomplished some glorious achievement the credit for which belongs solely to me. I do not aspire to become as famous as a Napoleon and conquer many nations; but I do want, almost above all else, to feel that I have been an addition to this world of ours. I should like the world, or at least my native land, to be proud of me and to sit up and take notice when my name is pronounced and say, ‘There is a man who has done a great thing.'”  **Before I Die by Edmund N. Carpenter II**

I didn’t meet Nic Moses, though I think about what he was like every time I see his stone marker in our studio. As I’ve learned more about him, his story, and what he stood for, I’ve recently thought about the final line from that paragraph of Edmund Carpenter’s essay. Maybe Nic only read it once and forwarded it on in an email, not thinking much about it, but he — just like every American we honor for their ultimate sacrifice on Memorial Day — accomplished the five things Carpenter wished to live out just as his life was getting started.

Nic’s life had a tragic ending from every angle, and especially this weekend, my heart goes out to Nic’s family and friends, like Craig and Aaron.

As long as his friends want to keep it in the OutKick 360 studio, the Nic stone won’t leave. Nic Is Here!

Please take a moment to remember our lost veterans and their families this Memorial Day. They paid the ultimate price for the freedoms we enjoy. 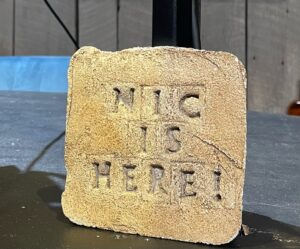 Jonathan Hutton hosts OutKick 360 each weekday afternoon. He spent 16 seasons as the gameday host and sideline reporter for the Tennessee Titans Radio Network and covered the biggest NFL events. Follow @HuttonOutKick on Twitter/Instagram.