A documentary on the 2008 Florida Gators, a football team filled with more storylines than an episode of 24, could be coming to Netflix.

According to a report from UF insider Nick De La Torre, filming is still in process. Urban Meyer was on campus this summer to film interviews, and Tim Tebow, Major Wright, Ahmad Black and Brandon Spikes also are involved.

Black, who led the country in interceptions in ’08, didn’t exactly shut down the rumor on Instagram. He replied to the original post with the always-solid eyeballs emoji.

If that doesn’t all but confirm this bad boy is coming to a TV screen near you, I don’t know what will. 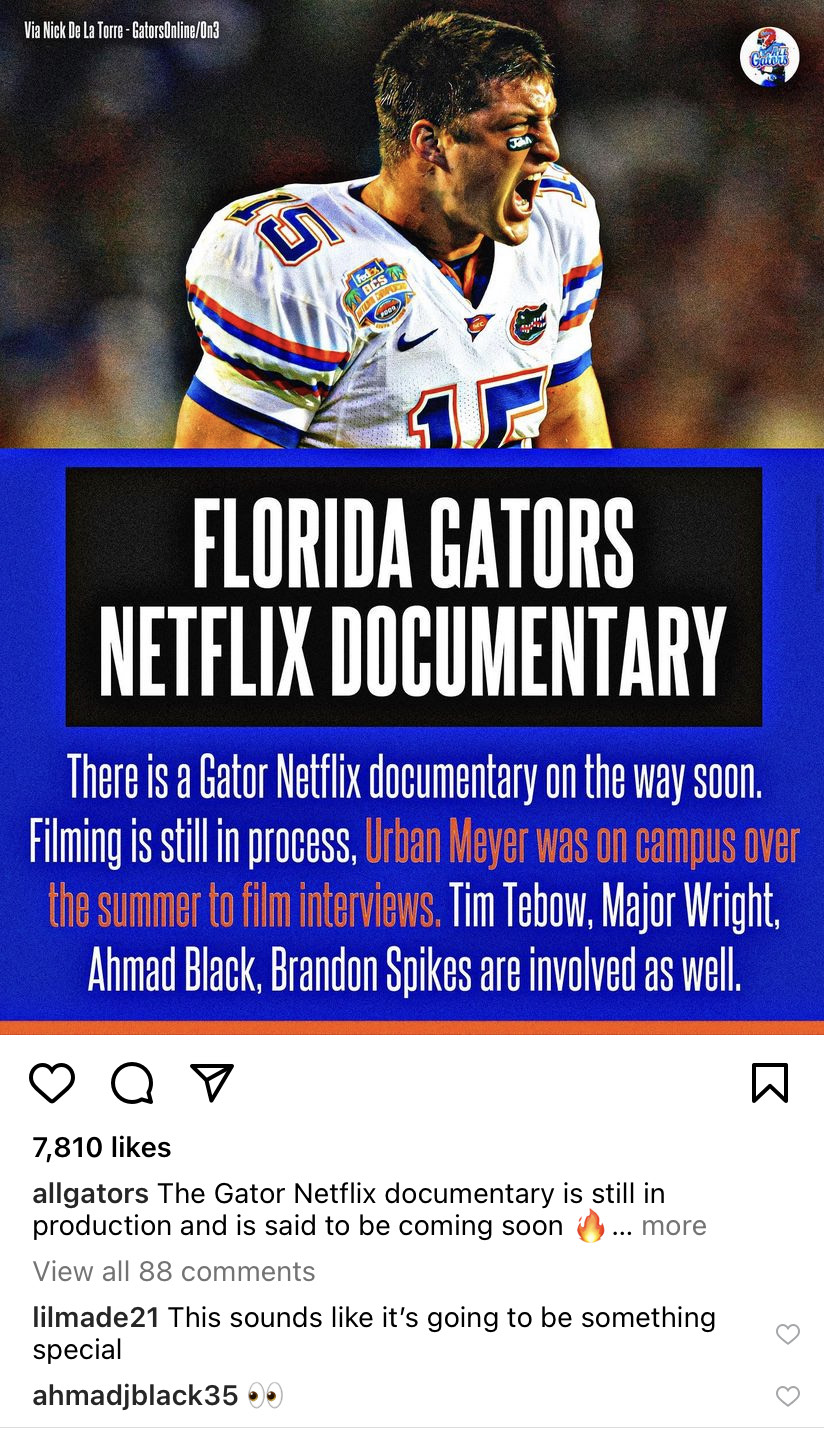 If this is true, it is long overdue.

The ’08 Gators were an absolute wagon on the field. Knowing what we know now, the team was an Emmy-winning soap opera off the field.

Tebow, Urban, Riley Cooper, Aaron Hernandez, Percy Harvin, the Pouncey Brothers all on the same team, in the same locker room, is a WILD thought.

Oh, by the way, Cam Newton was a backup.

That team went 13-1 with the infamous loss to Ole Miss serving as the catalyst for the BCS title run.

Tebow was coming off the insane ’07 Heisman campaign, Harvin was the fastest player on the planet, the Pouncey Bros. were a wall and Wright was taking heads off every single week.

This hit lands you in jail nowadays.

The Gators pummeled Oklahoma in that game, won their second Natty in three seasons and cemented their status as one of the best teams in recent memory.

Personality-wise, I’m not sure there was a crazier group of people stuffed in the same locker room with the exception being the 2001 Miami Hurricanes.

Looking back, it’s stunning to imagine someone like Tim Tebow in the same space as Meyer, Hernandez and the Pounceys. Not to mention Cooper, who made his bed a few years later at a Kenny Chesney concert.

Wild group of personalities and I can’t even begin to imagine what those interviews are gonna reveal.

Look out Stranger Things, this bad boy is gonna set the internet on fire.