Ben Sasse, a Republican senator representing the state of Nebraska, wrote a letter to Big Ten presidents and chancellors today urging them not to cancel their college football season. Outkick founder Clay Travis obtained the letter, which is printed in full here: 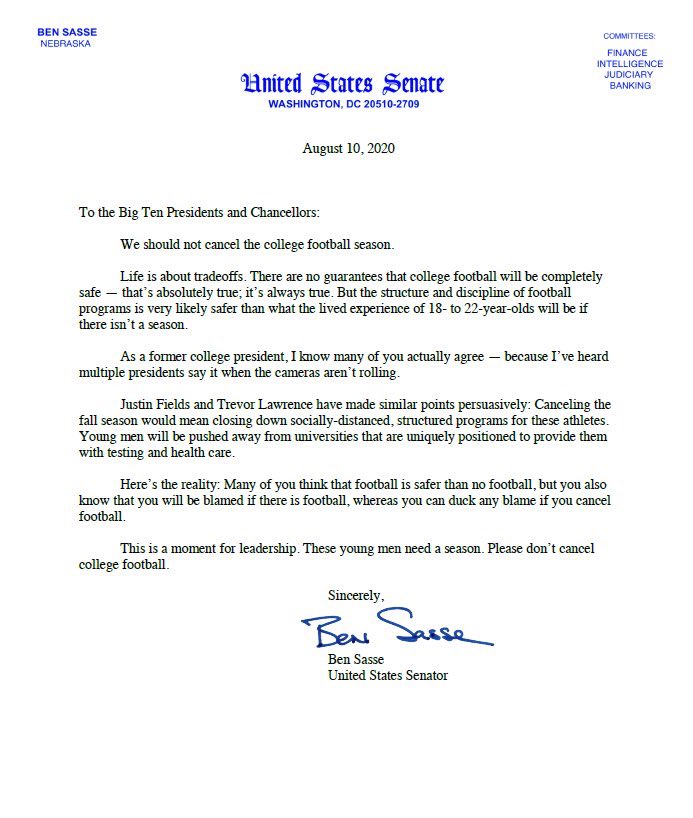 Earlier today, Dan Patrick revealed that the Big Ten universities voted 12-2 in favor of canceling the season, and that an announcement is expected Tuesday. The two dissenting votes were Iowa and Nebraska.

If you are looking for a calm, unemotional, rational argument in favor of preserving the football season — and why this would be in the best interest of aggregate public health — Fox Sports college football analyst Joel Klatt provided a great primer over the weekend.