Dan Patrick doesn’t always report, but when he does he breaks some good intel. Today on his Fox Sports Radio show he dropped two scoops that were pretty interesting:

1) The Big Ten and Pac-12 plan to cancel their seasons tomorrow. The Big 12 and ACC are on the fence. The SEC might try to add schools from conferences who cancel:

DP was told an hour ago that the Big 10 and Pac 12 will cancel their football seasons tomorrow… The ACC and the Big 12 are on the fence.. And the SEC is trying to get teams to join them for a season.

2) During an interview with Pat Forde of Sports Illustrated, Dan Patrick revealed the lone two Big Ten schools who dissented in the 12-2 vote to cancel Fall sports — Iowa and Nebraska:

Just did @dpshow and Dan dropped this info, from his sources: the Big Ten vote is 12-2 to postpone. Nebraska and Iowa want to play.

Well, we have a head start on guessing which schools the SEC would try to nab for this season if they do play football and procure extra television deals.

This college football season is in complete chaos, but all of the derivatives about where it could go from here are absolutely fascinating to imagine and talk about.

UPDATE: The Detroit Free Press has confirmed Dan Patrick’s reporting, that the Big Ten voted 12-2 to cancel the college football season and plans a formal announcement on Tuesday. 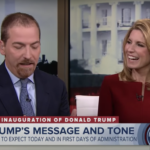 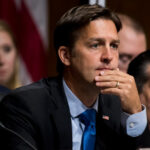