This college football season had enough challenges pulling off with Covid-19 as an omnipresent threat. Now Mother Nature is a force to be reckoned with too. As we mentioned earlier, Hurricane Delta could potentially hit Louisiana, Mississippi, Alabama, Georgia, Arkansas, and Tennessee this weekend. There is still uncertainty about its path, but schools that could be in the midst of the storm are starting to make contingency plans.

On that note, Ross Dellenger of Sports Illustrated quote-tweets Columbia-area reporter Ben Arnet, who was told by a Mizzou official that a location change is possible:

It makes all the sense in the world for LSU and Mizzou to have a backup. It’s a game scheduled to be played in Baton Rouge, a region that might be hit. Missouri doesn’t look to be as much in Delta’s potential path. We’ll see what happens in the coming days.

Of course, keep everyone in the storm’s potential path in your thoughts as we monitor the impact it may also have on the college football weekend. 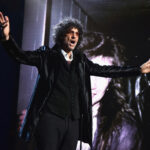 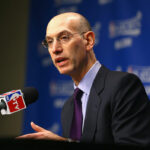