Do you remember Michelle Beadle, that host whom ESPN tried to turn into a star with a $5 million salary?

Well, she’s back in the news and just won OutKick’s Woke Hack of the Day spot. 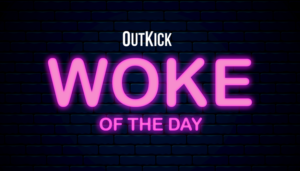 On The Ariel Helwani Show podcast, Beadle and her signature cackle pulled back the curtain about her time at ESPN. Beadle wants you to know, that despite her eight-figure buyout, ESPN still did her wrong.

For a recap: ESPN fired Nichols after someone leaked a recording of a private phone call in which Nichols claimed ESPN chose Maria Taylor to host the NBA Finals over her because Taylor is black and she is white.

“Well, that’s nothing! That person [Rachel Nichols], that’s what she does and that was nothing,” Beadle said last week via Landon Buford of LandonBuford.com.

“She did stuff to me like she is the one that did all the stuff,” Beadle goes on. “She is the one that plays that game. And to watch the both of them [Nichols and Maria Taylor] sort of engaged in the media wars, look I don’t think either one of them came out looking great. It was just not a great look for either one of them, but it’s not shocking to anyone in that business. When I heard the names and who did what, it was, ‘Yeah, that’s about right.’”

This all goes back to the NBA pregame show, which Beadle hosted until 2018. Beadle says Nichols used her leverage to overtake her as host. Beadle has also said previously that Nichols had LeBron James help pressure ESPN to fire her. Whatever the cause, after Beadle was ousted, Nichols and Maria Taylor split time hosting the show.

This is nothing new. Nichols did work behind the scenes to replace Beadle while she was still hosting the show. However — and here is the funny part — Beadle did the same thing to Sage Steele.

ESPN replaced Sage Steele with Beadle as NBA Countdown host in 2017 after Beadle used her allies in management and lackeys in the media to push Steele off.

In other words, Beadle did to Steele what Nichols did to her. And Beadle has the nerve to complain about it. Stunning.

This type of victimhood and hypocrisy defines wokeness. Thus, Michelle Beadle is OutKick’s Woke Hack of the Day.

Michelle Beadle is right. Karma is a bitch.