The Los Angeles Times called for the Oscars, Emmys, and Golden Globes to cease all gendered categories immediately.

The piece declares the awards sexist and unfair to those who identify as neither male nor female. Specifically, The LA Times took issue with the “Best Actress” category.

“The ‘best actress’ Oscar is a sexist Hollywood relic. Time to get rid of gendered awards,” headlines the piece.

“It makes sense for every awards organization that still uses it to scotch this outdated categorization. Why shouldn’t performances by all actors, regardless of gender designation, be judged together? They all work together in a movie or TV show,” says the outlet.

And the highlight: “[T]he categorizations don’t fit every performer.”

The above quote references the Hollywood talents who are neither actresses nor actors but, well, whatever one calls them.

Such an issue arose in 2021 when “Billions” star Asia Kate Dillon penned an open letter to the SAG Awards, ordering the group to do away with gender-specific categories. Dillon is non-binary and argued it’s offensive to nominate them to win an award with the word “actors” or “actress” attached.

“Not only is it possible to combine all of your leading and supporting nominees into the same gender-neutral categories, there is precedent,” Dillon wrote. “On May 7, 2017, I presented the first gender-neutral acting award, to Emma Watson, at the MTV Movie & TV Awards, noting, “It’s so cool to be here presenting the first acting award ever that celebrates performance free of any gender distinctions. Tonight we celebrate portrayals of the human experience, because the only distinction we should be making when it comes to awards is between each outstanding performance.'”

One could argue this is another attack on women.

Women can no longer play their own sports, due to the inclusion of biological men like Lia Thomas. Women’s prisons now force female inmates to bunk up with violent male rapists who “sometimes” call themselves women. (For details on the latter.)

And according to The LA Times, women should no longer have their own Oscar categories.

Grouping men, women, and the nonbinary together would only diminish the chances of naming new Oscar-winning actresses.

Namely, the proposed category change could decrease the number of women nominated for top awards. A 2022 UCLA Hollywood Diversity Report says women made up less than half of the leads in 2021 films with only 25% of Oscar-winning films having a female lead. 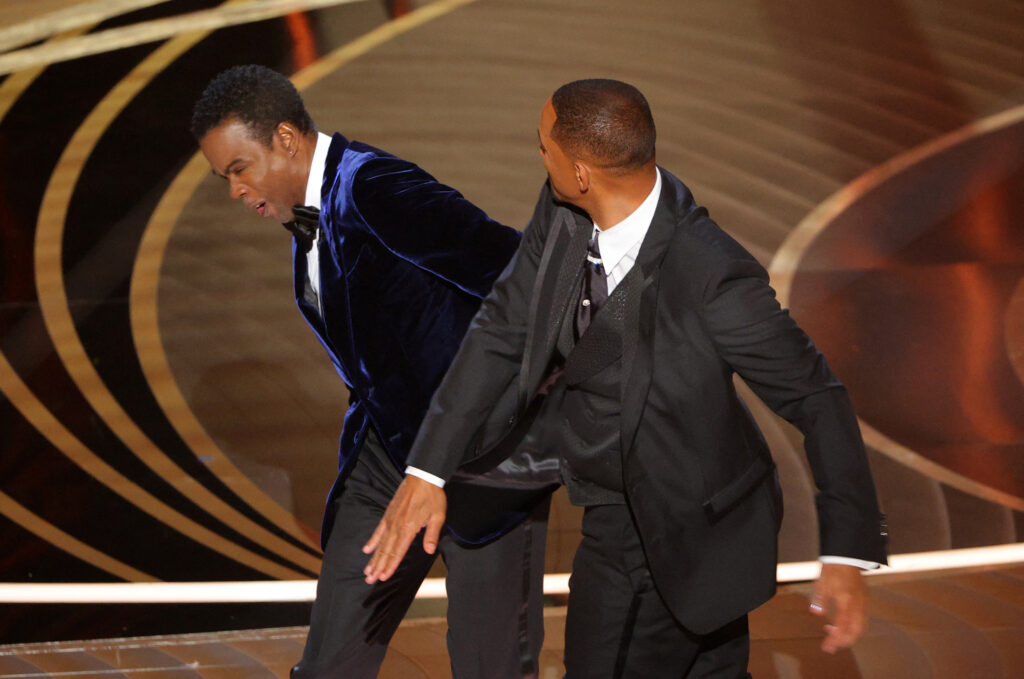 The outlet attempted, and failed, to address this issue later in the piece by also ordering the Academy to increase the number of nominees.

The Los Angeles Times says gender-neutral categories would need at “least 10 nominees” in each of the two acting categories: leading and supporting performers.

“Other things worth considering: If the Oscars went gender-neutral, the Academy would need to expand the field to at least 10 nominees in each of the two acting categories. None of its other award categories, such as cinematography or directing, are gendered. But should the Academy give out only two awards (leading and supporting) instead of the usual four (leading performance and supporting performance by an actor and actress)? In one fell swoop the Academy would cut in half the awards performers can win and the ones that viewers most want to see. Perhaps the Academy could declare two winners in each category.”

“Despite some notable recent gains for women, the entertainment industry is still weighted in favor of men. The last thing we would want to see are nongendered acting categories full of male nominees and winners.”

Nongendered categories full of male nominees and winners — just the thought has us shaking in our boots.

What about nongendered categories with white men? Now, that would have Hollywood shivering at night.

Simply, the term “woman” matters only when convenient — like in half the piece, but not the other.

There are few greater victims in society than the actors and actresses nominated for Oscars but do not identify as an actor or actress.

So says The Los Angeles Times, the red-headed gender-neutral step-sibling of the New York Times and Washington Post.