Today, the Dan Le Batard Show attempted to impress its Twitter followers with a “humorous” poll. It went over with the masses like a lead ballon.

The show posted a question asking if it’s funny that Jonathan Isaac, the Orlando Magic big who stood for the anthem, blew his knee out with a season-ending ACL injury.

Upon finding out it didn’t sit as well as hoped, the show deleted the poll.

Le Batard’s show is the epitome of far-left sports coverage. A player standing is so bothersome that it justified laughing at a gruesome injury.

Could you imagine Le Batard running a similar poll if Colin Kaepernick went down with an injury? Of course not. He’d be met with a termination letter before he had time to check his Twitter account.

According to Le Batard’s colleague, Mark Jackson, Kaepernick is a “hero.” Last night, Jackson praised the former quarterback like the modern-day Muhammad Ali during an NBA broadcast.

Le Batard’s poll was disgusting, clearly. Poking fun at an injury that not only alters a player’s career but life, is inexcusable. Unfortunately, it is also not surprising.

Excluding a few, sports media overwhelmingly looks at those who don’t kneel as enemies. Despicable bigots, they might say. The coverage of those athletes doesn’t include decency.

As is the case in any industry, employees know what they can get away with, and what they can’t. So, those in favor of the double standard, push it until they go too far.

Adrian Wojnarowski felt comfortable enough to send a “fuck you” to a senator. (I don’t need to say of which party).

A Le Batard producer called the NBA “the real leaders in sports” not long after a damning report of its relationship with China emerged. And subsequently, on-air, the network avoided the report while praising the NBA’s return and its social justice statements.

Nope, no double standard at that network…

We apologize for this poll question. I said on the front and back end of the on-air conversation that I didn’t think it was funny. Regardless of the context, we missed the mark. We took the tweet down when we realized our mistake in how we posed the question to the audience. -Dan pic.twitter.com/iL5HtFm6gs 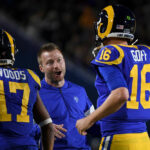 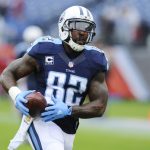