Keith Olbermann’s new chapter is underway. Amid departing from ESPN, again, Olbermann is offering wild political commentary on The Worst Person in the World with Keith Olbermann YouTube show.

It took Olbermann only three episodes to melt down and call for Supreme Court nominee Amy Coney Barrett to be “prosecuted.” Oh, and “removed from society.”

Here is what a left-wing Alex Jones sounds like:

“Terrorist Trump must be defeated,” Olbermann says while making a signature strange face.

“He, and his enablers, and his supporters, and his collaborators, and the Mike Lees and the William Barrs … and the Mike Pences, and the Rudy Giulianis and the Kyle Rittenhouses and the Amy Coney Barretts must be prosecuted and convicted and removed from our society while we try to rebuild it and to rebuild the world Trump has destroyed by turning it over to a virus.”

You are probably asking what charge Barrett should and could be prosecuted on. Us too. Olbermann forgot to explain that in his monologue.

He did, however, claim the FBI should identify Trump as an “unindicted co-conspirator” in a plot to abduct Michigan Gov. Gretchen Whitmer.

You have to wonder: why did Olbermann leave ESPN? Would this not fit well with Mark Jones attacking police and calling Trump a “white supremacist terrorist’?

It’s worth monitoring how crazy YouTube allows Olbermann to get. If this were a conservative commentator calling for the deportation of a left-leaning judge, they would be kicked off forever.

How are you liking The Worst Person in the World with Keith Olbermann? New episode this Monday. 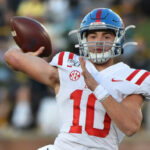 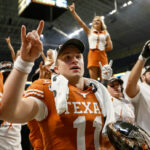