It finally happened on November 9, 2020. Coronabro Karen Rovell decided he was checking out of his ongoing feud with Clay, bringing an end to one of the great wars in Twitter history. The NFL’s chief medical officer said there’s been no evidence that players can contract COVID by playing sports, and that was the final straw for Rovell. He went full-blown coronabro snowflake and blocked Clay.

“Fun to see how desperate you are now getting for engagement,” Rovell, an expert on engagement desperation tweeted to Clay Monday night. “Congrats, this is the least self aware Tweet I have ever seen in the history of Twitter,” Clay fired back, resulting in the block.

The fight was over. The rivalry is gone.

We will forever remember the good times, like when Karen tried to go after UGA fans over COVID only to find UGA fans more than willing to fight back and when Johnny Manziel destroyed the nerd who tried to get him kicked out of college football. Rovell has been dunked on more times than a Kardashian by a power forward.

Many of you have told us it is time to stop giving Karen the attention he desires, and it appears your wish has been granted.

This was our final interaction. Hang it in the Louvre. pic.twitter.com/wP0XdbzDsk 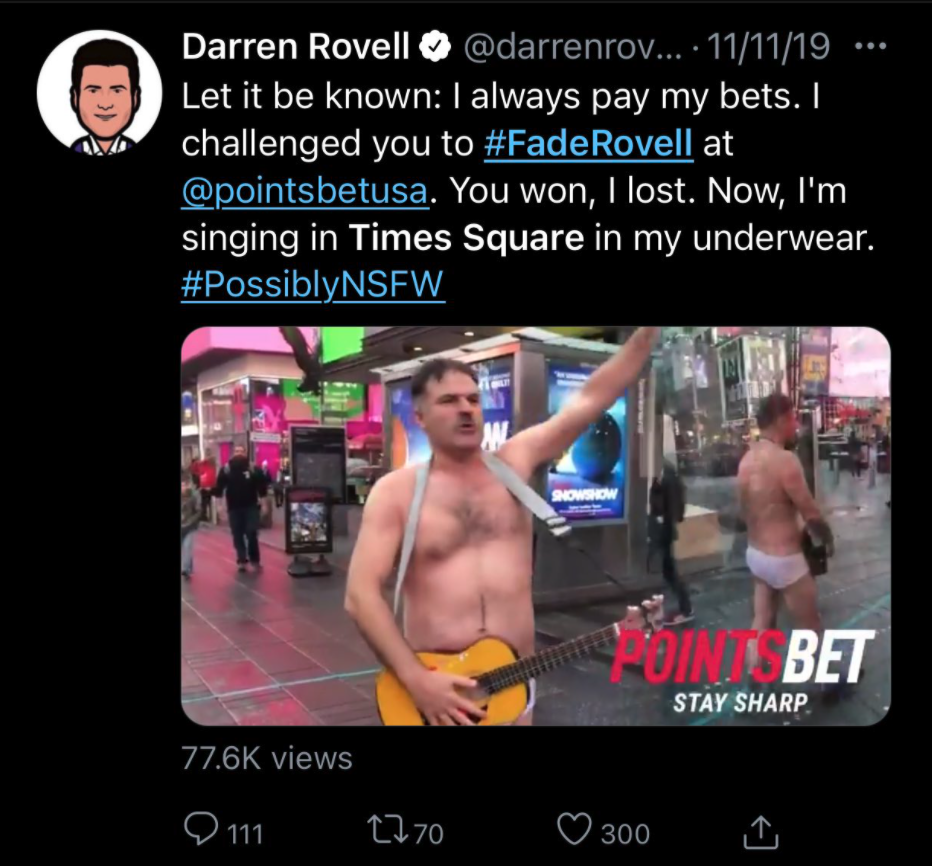