I have my own history with Johnny Manziel, but it’s nothing like the history Karen Rovell has with the Texas A&M legend. The two old enemies went to war today after Karen went into his bag of ‘___ years ago today…something…something…something happened’ and came out with an ARod and Manziel tweet that Johnny caught wind of.

Karen took his shot at Manziel’s new quiet life that includes front flips off buildings and there’s no way John Football is letting that slide. Remember, Rovell is the one who broke the autograph story that turned into a fiasco that ended up a 1st half suspension during a game against Rice. Rovell did a deep dive on the guy trying to make a little money while Texas A&M was laughing their asses off at all the cash Johnny was making for them. Smug Karen couldn’t wait to report that Johnny might’ve been making a little cash off his autograph.

That brings us to today and Manziel unloading a game-ender on Karen. There’s no coming back from this if you’re K. You have to take the L and hide out and maybe look for old autographed checks on eBay.

At least all I ever did was help Johnny end his career in Cleveland which he didn’t really care about anyway. It was just back in late June when John Football said his heart wasn’t in it during his time in Cleveland. His heart was always back in College Station as the Heisman winner. Rovell tried to ruin those glory days.

Seven years later and you’re still as big of a bitch as ever https://t.co/fWXv2u8wzj 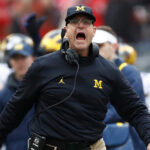 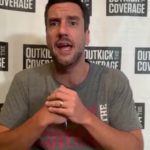