The pain at the pump is about to get even more painful, and some people still want to blame Putin for it.

According to Patrick De Haan, head of petroleum analysis at GasBuddy, gas prices are expected to hit new records as spring becomes summer and people take to the open road for some much-needed family vacations.

And De Haan is pointing the finger at Russian president Vladimir Putin:

“I think the best outcome that would bring most meaningful relief is out of [our] control. It may be in the Russian hands, and that’s regime change,” he says.

Should that happen, “Western companies and countries” may have the confidence to “start doing business and buying that Russian oil again,” he insists.

In other words, it’s all Putin’s fault. Sure, Jan 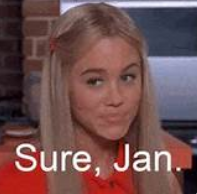 De Haan admits that limitations in domestic production may have contributed to the problem as well, though even that idea is positioned as a fault in suppliers, not in US government policy, and is framed as byproduct of the Russia/Ukraine war:

Joe Biden and other Democrats and their media lackeys have tried to pin the price of gas and other essentials on Putin as well, dubbing the clever phrase “the Putin price hike” (if Biden could only get the words out.)