Colts head coach Frank Reich took a knee during today’s national anthem before a game in Jacksonville. The Colts released a statement on the kneeling and said “it is not a posture of defiance but rather one of humility – taken by the white community – to acknowledge the injustice and inequality that is present and to find the courage and resolve to make the changes needed.”

Reich was reportedly the only member of the Colts team to take a knee during the anthem.

And then the Colts went out and lost, 27-20, to a team that is purposely trying to lose in its pursuit of Trevor Lawrence in the 2021 NFL Draft.

The Colts statement, referencing the rest of the team standing while Reich was kneeling, said “standing and locking arms is symbolic of our unity and strength. We desire to stand with and for each other and for our black communities in the fight for justice and equality.

Frank Reich was kneeling while the team was locking arms. pic.twitter.com/qwomlRHVeR

The #Colts stand and lock arms for the National Anthem…

… Except for Coach Frank Reich, center screen, who takes a knee pic.twitter.com/FJIQcyHaMk

Colts had 445 yards of total offense. They didn’t punt. They lost. 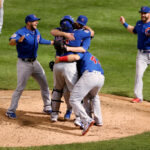 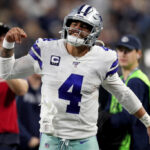